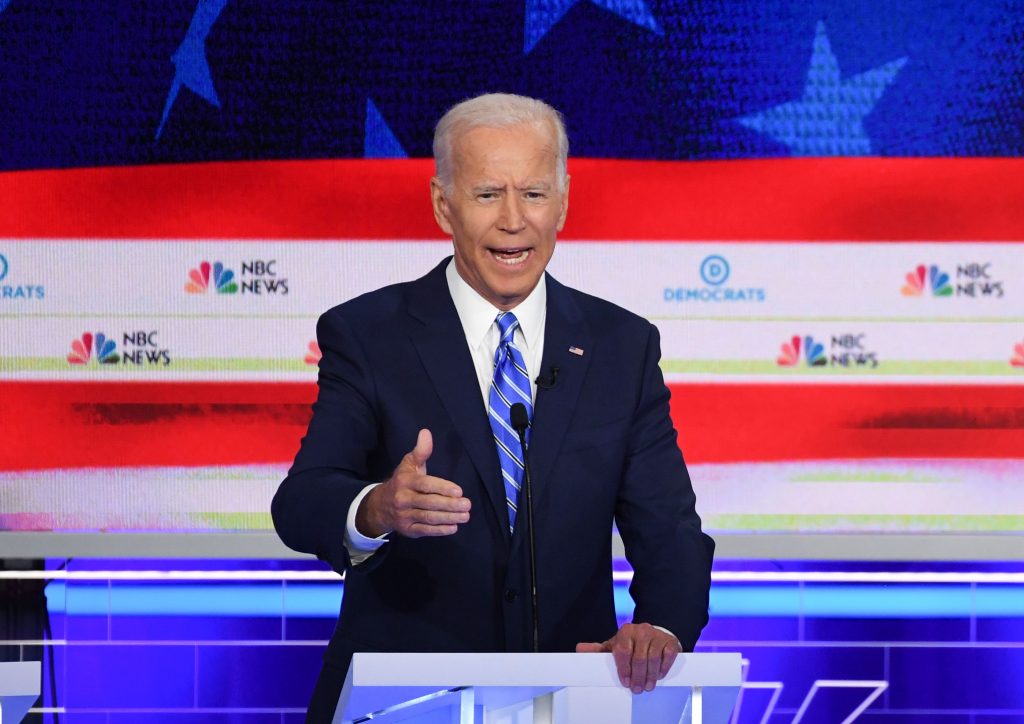 Democrat Joe Biden would invest $1.3 trillion over a decade on electric car charging stations, high-speed railroads, clean-energy research and other public infrastructure if he is elected president next year, his campaign said on Thursday.

Biden, a former vice president, also vowed to respond to a “full-blown recession” among U.S. manufacturers by quadrupling funding for public partnerships that support those businesses and by investing $6 billion over three years in places that have experienced mass layoffs.

“Biden will revitalize America’s infrastructure and make us more competitive with the rest of the world, while also creating and sustaining quality, middle-class jobs at home,” according to the campaign policy statement.

Democrats are proposing vast new federal government spending and programs as they vie for the nomination to challenge Republican President Donald Trump for the White House in November 2020. Trump has touted his mix of tax and regulation cuts as an elixir, and under his administration a record-long U.S. economic expansion continued, pushing unemployment to half-century lows.

Yet Democrats criticize Trump’s approach to a trade war with China as punishing manufacturers and they say his policies have aggravated wealth and income inequality. They also want government to do more to address the threat of climate change.

Biden’s new, 12-page policy plan proposes financing for its recommendations, including funneling more money to regions with high poverty rates and pushing the United States to net-zero greenhouse emissions by 2050, by raising corporate taxes and ending subsidies for fossil fuels. Many of the proposals require congressional support to become reality.

While the need for a U.S. infrastructure investment is regarded as a point of bipartisan consensus, Trump and congressional leaders have failed to agree on a major bill to repair and replace aging and dangerous bridges, airports, water pipes and schoolhouses.

In April, President Trump and Democratic leaders agreed to spend $2 trillion on infrastructure, without hashing out a way to pay for it. Weeks later, Trump abruptly canceled a follow-up meeting after criticizing congressional investigations.

A stimulus plan including a smaller set of infrastructure investments passed in 2009 when Biden was vice president, but it faced significant Republican opposition despite being positioned as a measure to counteract a major recession at the time. Biden oversaw the program’s spending.