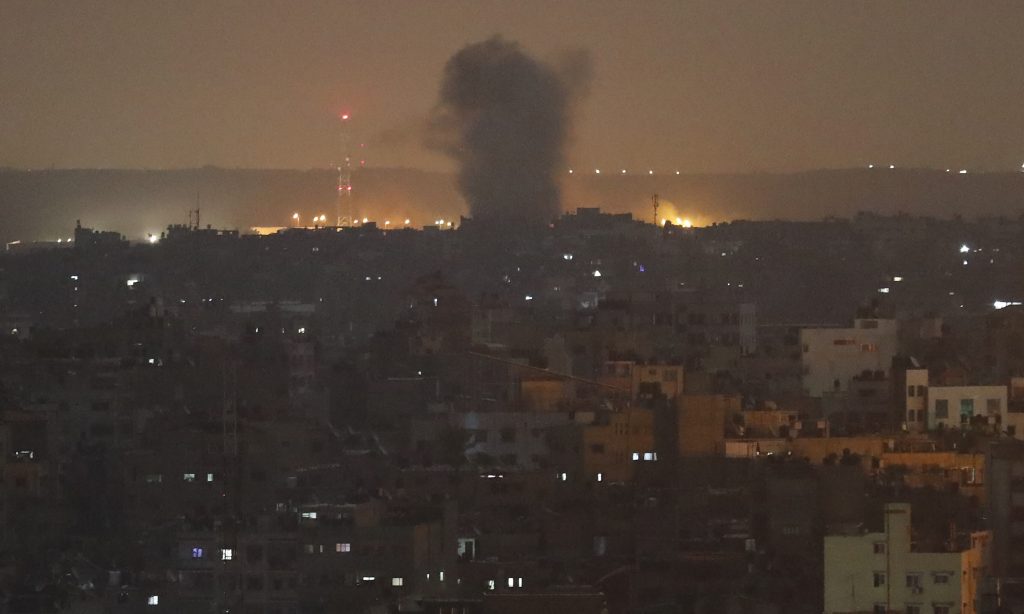 Israel says it has resumed strikes on targets linked to the Islamic Jihad terrorist group in Gaza after it fired a number of rockets into Israel.

The announcement by the Israeli military early Friday indicated that an unofficial cease-fire declared nearly 24 hours earlier was breaking down.

Palestinian terrorists in Gaza fired a barrage of rockets at Israel several hours after the start of an unofficial cease-fire between Israel and the Islamic Jihad terrorists.

The renewed rocket fire came late Thursday as supporters of the terrorist group held sporadic protests around Gaza to express anger at the truce, which went into effect at 5:30 a.m.

The Israeli military says two projectiles were fired from Gaza and both were intercepted by Israel’s Iron Dome missile defense system.

The truce had ended two days of fighting ignited by Israel’s targeted killing of one of the Iran-backed terrorist group’s top Gaza commanders. The fighting killed 34 Palestinians, including 16 civilians, according to rights groups.

Islamic Jihad fired at least 450 rockets into Israel on Tuesday and Wednesday, most of which landed in open areas or were intercepted.