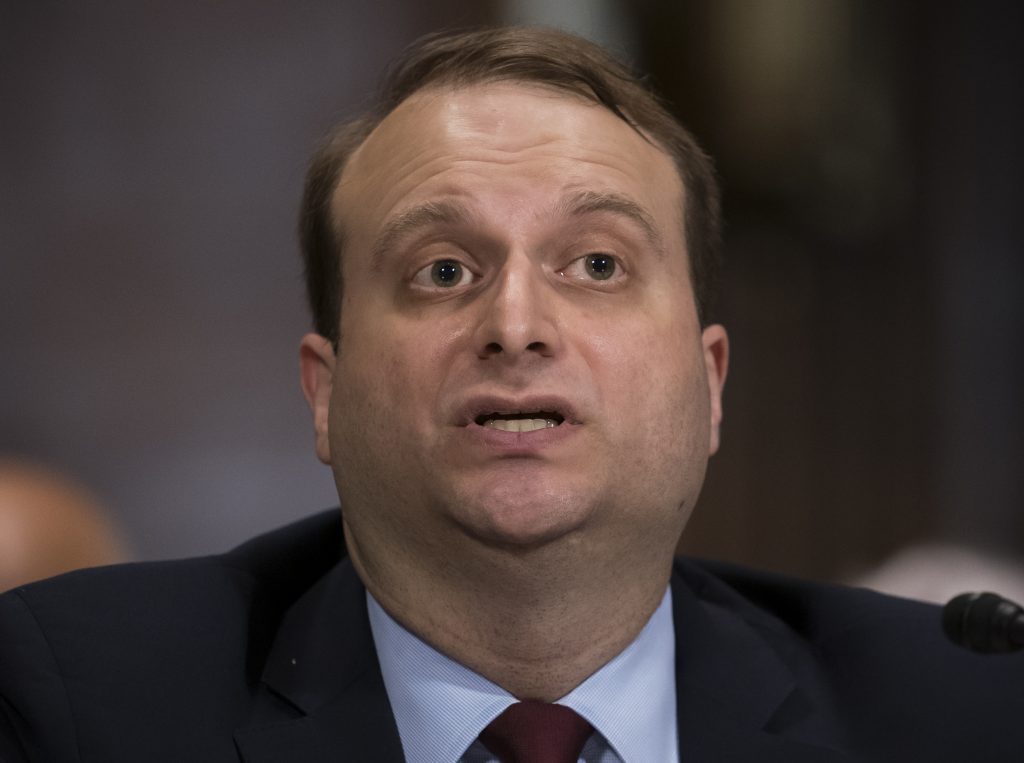 The man Senate Minority Leader Charles E. Schumer described as a “bottom crawler” was confirmed Thursday to a lifetime appointment on the federal appeals court based in his home state of New York.

Schumer and other Democrats have opposed many of President Donald Trump’s nominees to be federal judges that have been called up for votes by Majority Leader Mitch McConnell, R-Ky. But the opposition to Steven J. Menashi has been more voracious than for most.

Menashi was ultimately confirmed Thursday, 51-41. Sen. Susan Collins of Maine was the only Republican to oppose the nomination.

“He just does not deserve to be on the bench, not only in terms of him — his creating a system that broke the law in taking money away from students and loans, but what he said about civil rights, …how he handled himself in the hearing — you could hardly come up with a worse person,” Schumer had told reporters Wednesday.

Alaska Republican Sen. Lisa Murkowski’s office said earlier in the day Thursday that she would vote for Menashi, effectively ensuring his confirmation.

Aside from specific policy concerns, Democrats were frustrated by Menashi’s refusal to answer questions about the specifics of his work in the White House counsel’s office, including a role in crafting immigration initiatives supported by the Trump administration as part of a working group led by senior adviser Stephen Miller.

“This working group has helped push a number of extreme anti-immigrant policies, including the White House’s policy of separating children from their families, a problem that still has not been fully remedied — despite a court order to do so,” said Judiciary ranking Democrat Dianne Feinstein of California. “At his hearing, Mr. Menashi refused to answer numerous basic questions about his work, including about his role in the administration’s family separation policy.”

Feinstein also noted that Menashi opted against answering questions about the role he may have played in the president’s interactions with Ukrainian President Volodymyr Zelenskiy that are at the center of the House impeachment inquiry.

Republicans highlighted Menashi’s academic credentials in pushing for his confirmation.

“Mr. Menashi won majority support from the Judiciary Committee on the basis of strong academic and legal qualifications — degrees from Dartmouth and Stanford, clerkships on the appellate level and the Supreme Court, and experience in both teaching and practicing law,” McConnell said on the Senate floor.

McConnell has continued to prioritize filling federal judgeships while progress has stalled on fiscal 2020 spending measures and other legislative business.