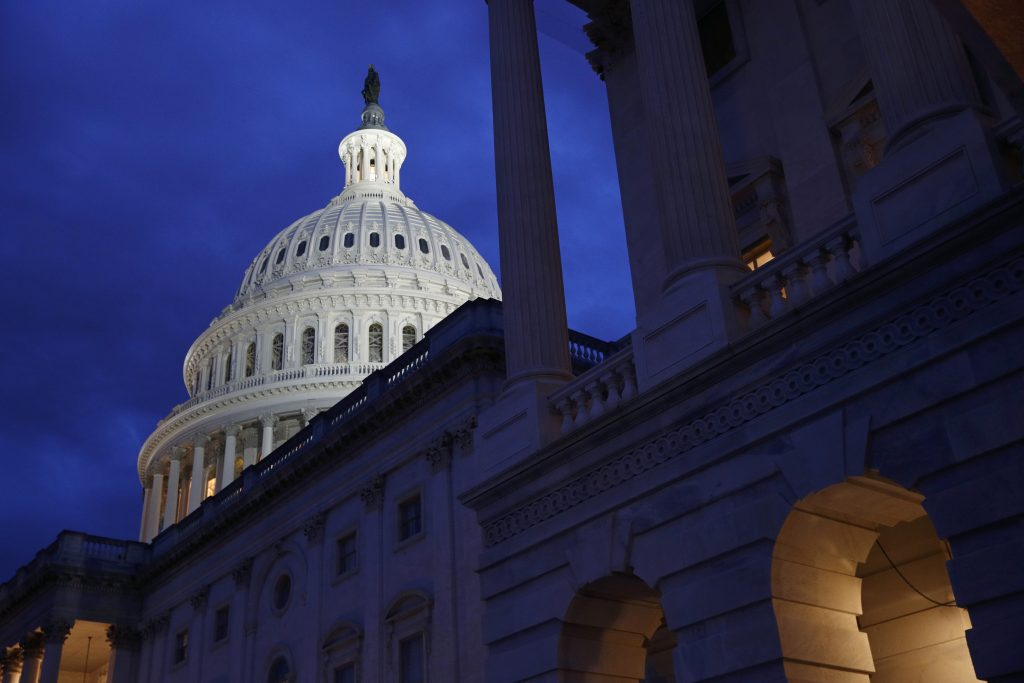 The Treasury Department said Wednesday that the deficit last month totaled $134.5 billion, up from a shortfall in October 2018 of $100.5 billion.

The Congressional Budget Office is forecasting that the deficit for 2020 will hit $1 trillion and will remain over $1 trillion for the next decade. The country has not experienced $1 trillion annual deficits since 2009 through 2012 following the 2008 financial crisis.

The projections of trillion-dollar deficits are in contrast to President Donald Trump’s campaign promises in 2016 that even with his proposed tax cuts he would be able to eliminate future deficits with cuts in spending and growth in revenues from a stronger economy.

The previous period of surging deficits spawned a political backlash that put Republicans back in power in the House, but the current surge in deficits has not sparked a similar uproar. Republicans are considering another round of tax cuts and Democrats running for president are putting forth big new spending proposals such as Medicare for All.

In a congressional appearance Wednesday, Federal Reserve Chairman Jerome Powell said the “federal budget deficit is on an unsustainable path, with high and rising debt.” He said that if not addressed, the growing deficit could restrain the ability of Congress and the administration to combat any future recession.

“Putting the federal budget on a sustainable path would aid the long-term vigor of the U.S. economy and help ensure that policymakers have the space to use fiscal policy to assist in stabilizing the economy if it weakens,” Powell said.

The government’s budget year runs from Oct. 1 through Sept. 30. For October, the big jump in the deficit reflected a 7.8% rise in spending from a year ago that pushed outlays for the month of October to a record $380 billion.

Revenues in October fell 2.8% to $245.2 billion from the same month a year ago. One revenue category that showed a big increase was tariffs on imports, which totaled $8 billion, up 39% from a year ago.

The Trump administration imposed a new round of tariffs on China in September after negotiations between the two nations failed to reach a trade agreement to address American concerns about protection of intellectual property and other issues.

Negotiations with China are ongoing, and Trump said Tuesday that the two countries were close to a partial agreement that would roll back some of the tariffs the two sides have imposed. But the president said, “If we don’t make a deal, we will substantially raise those tariffs.”