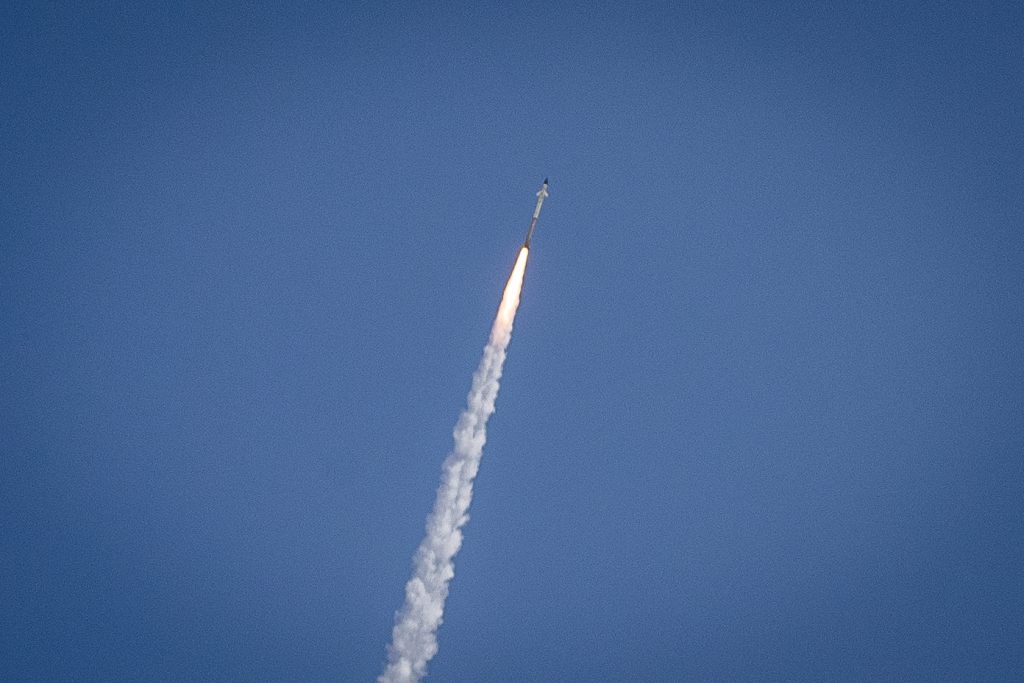 Iron Dome batteries in Ashkelon reportedly intercepted several rockets from the terrorist enclaves at about 9:20 p.m., after the city had been quiet most of the day.

Two more Palestinians were killed by Israeli fire, bringing the death toll to 26 over two days, according to the Hamas-run health ministry.

Warning sirens wailed in Ashdod as well, where projectiles had landed earlier in the day.

Subsequently, an Iron Dome interceptor brought down a rock, fragments of which landed in a street in the city, police say. Police sappers were called to the scene to remove the debris.

“The IDF sees with the utmost severity the rocket attacks on Israel. It is on high alert and will continue to act as needed against efforts to harm Israeli citizens,” the military said in a statement.

The IDF said it has killed approximately 20 terrorists operatives as they were preparing to launch rockets and missiles at Israel over the past two days, most of them members of the Palestinian Islamic Jihad.

An estimated 360 rockets have been fired at Israel since Tuesday morning, almost all of which have either landed in open areas or been shot down by Iron Dome, the IDF said.