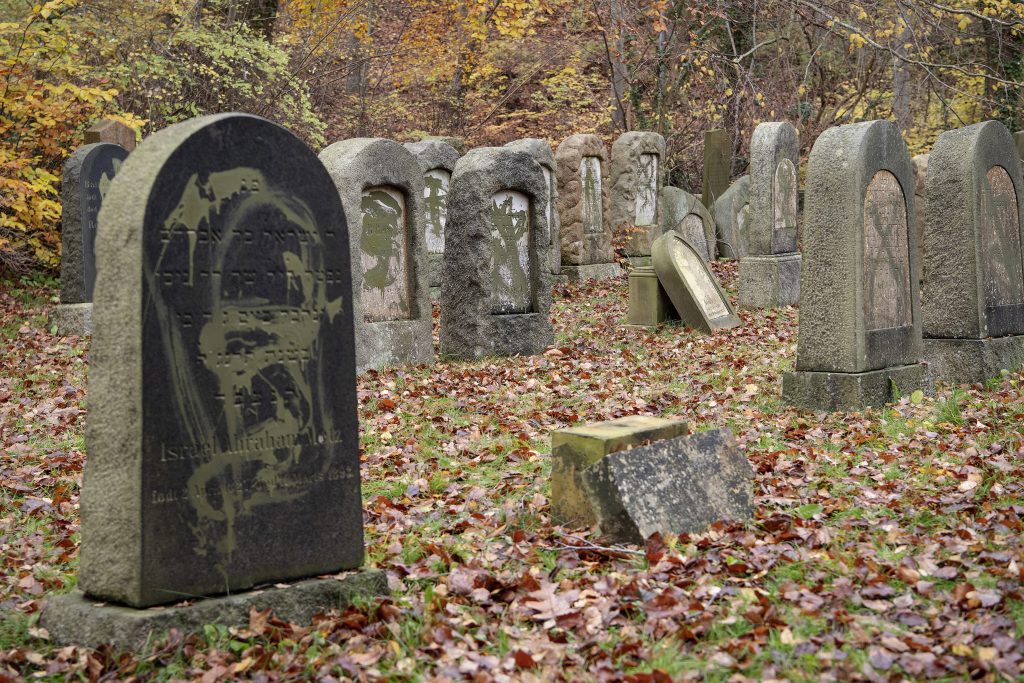 Two men, aged 27 and 38, were arrested Wednesday on suspicion of “gross vandalism” of gravestones in the Jewish section of a churchyard in northwestern Denmark.

Danish broadcaster DR, citing information from a detention hearing that was briefly open before continuing behind closed doors, reported that the 38-year-old man was a member of a neo-Nazi group.

The men are suspected of scrawling in green paint on 84 gravestones and knocking over several of them in Randers, some 177 kilometers (110 miles) northeast of Copenhagen.

Police spokesman Klaus Arboe Rasmussen said their motive was to target “a particular group of the population based on their religion.”

He added that the men, who were not identified in line with Danish practice, also are suspected of throwing black and green paint on a bank building in Randers.

Arboe Rasmussen said both incidents happened in the night between Friday and Saturday. Police want the men held in custody while they investigate the case.