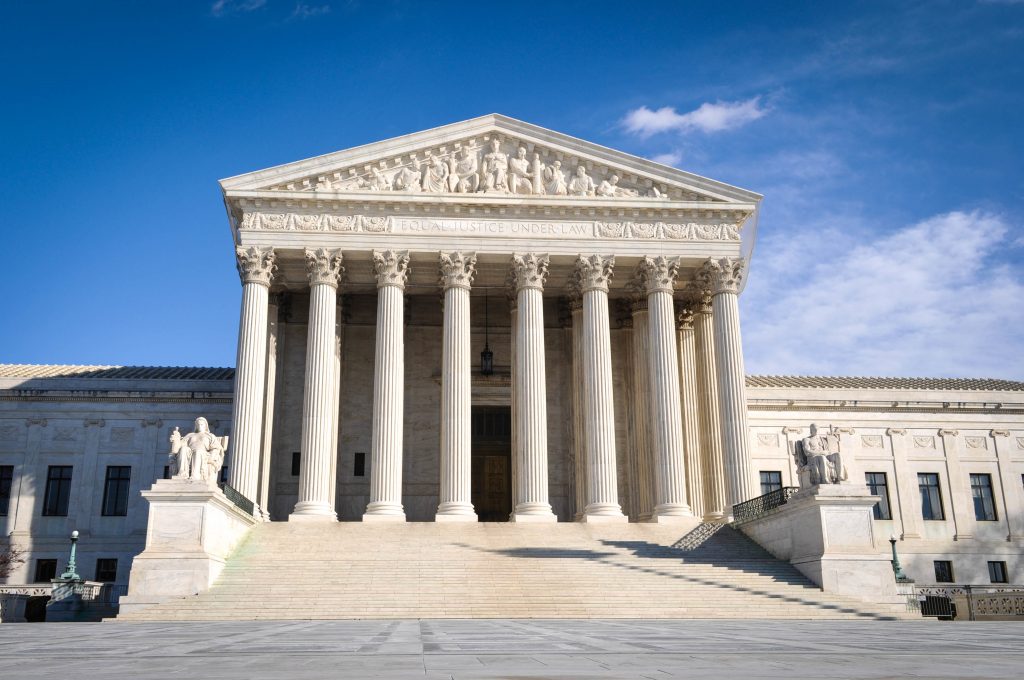 The Supreme Court’s left-leaning justices on Tuesday appeared willing to allow a lawsuit filed by the parents of a Mexican teenager shot over the border by an American agent, but the case will depend on whether they can persuade a conservative colleague to join them.

The high court heard arguments in a 2010 case where Border Patrol Agent Jesus Mesa Jr. fired into Mexico, striking and killing Sergio Adrian Hernandez Guereca. The case centered on whether the family could sue the agent in an American court for violating their son’s rights.

The unarmed 15-year-old was playing a game with friends on a June evening, running through a culvert and over the border, touching it and running back.

Mesa rode up on a bicycle, took Sergio’s friend into custody, then fired across the border, killing Sergio with a gunshot wound to the face.

U.S. officials chose not to prosecute Mesa, and the Obama administration refused a request to extradite him so that he could face criminal charges in Mexico. When the parents of the boy tried to sue Mesa, federal judges dismissed their claims.

This is the second time the case came before the court. Last March, justices sent it back to a lower court after ruling that it had made a mistake when it found Mesa was unable to be sued because he had qualified immunity.

The case tests a long-held doctrine, known as a Bivens action, where plaintiffs may sue federal officials for breaking constitutional law. Over the years, the courts have made it harder to bring claims.

On Tuesday, Attorney Stephen Vladeck said the doctrine should still apply, because it involved a rogue officer shooting just a few feet into Mexico who wasn’t aware at the time he was firing on someone who wasn’t a U.S. citizen.

Justice Neil Gorsuch questioned Vladeck on the possible impact allowing the lawsuit could have on military, on diplomats and other government officials that may find themselves in similar circumstances. He wondered how a line would be drawn.

“Why would it be limited to law enforcement as opposed to other governmental functions that happen here but happen to injure persons abroad?” Gorsuch asked.

Chief Justice John Roberts and Justice Brett Kavanaugh both questioned whether U.S. foreign policy could be impacted if the court broke with the executive branch, which did not extradite Mesa and found he did not violate departmental policy.

“I thought the country was supposed to speak with one voice,” Roberts said.

Lawyers for Mesa and the government argued that allowing the case to go forward could affect relations between the U.S. and Mexico and have a chilling effect on other agents who could be afraid to do their jobs.

Justice Sonia Sotomayor disputed the argument, saying that agents should not “shoot indiscriminately at children.”

“It involves a U.S. defendant on U.S. soil pulling the trigger and violating U.S. law,” she said.

Conservatives hold a 5-4 majority on the court.

Sergio’s shooting was not the only cross-border death. Parents of a teenager killed in Nogales, Mexico, from gunshots fired across the border by a U.S. agent have filed a civil rights lawsuit that is being delayed until the Supreme Court rules.

The Border Patrol drastically changed its use of force policies in the years after the shooting, following several complaints of excessive force. There were 15 instances where officers and agents used firearms during the budget year 2018, down from a high of 55 reported during the 2012 budget year.

Exactly what happened that day in the cement culvert that separates El Paso, Texas, and Ciudad Juarez, Mexico, is in dispute, although the competing accounts are legally irrelevant to the court’s decision.

Sergio’s family says playing a game with some friends where they’d race down to the culvert from the Mexican side and up the American side to touch an 18-foot fence.

Mesa arrived on a bicycle and detained one person while the others scampered back across the dry bed of the Rio Grande River. He then shot Sergio as the boy ran toward a pillar supporting an overhead rail bridge. Mesa and other agents who arrived on the scene rode away on their bikes, without checking on the boy or offering medical aid, the family says.

The Justice Department said Mesa was trying to stop “smugglers attempting an illegal border crossing” and fired his gun after he came under a barrage of rocks. Mesa argues in his court filings that Sergio was among the rock throwers. Video footage of the incident seems to dispute that.

Also on Tuesday, justices heard arguments on the fate of the Obama-era policy that gave a path to citizenship for thousands of children who arrived with their parents.