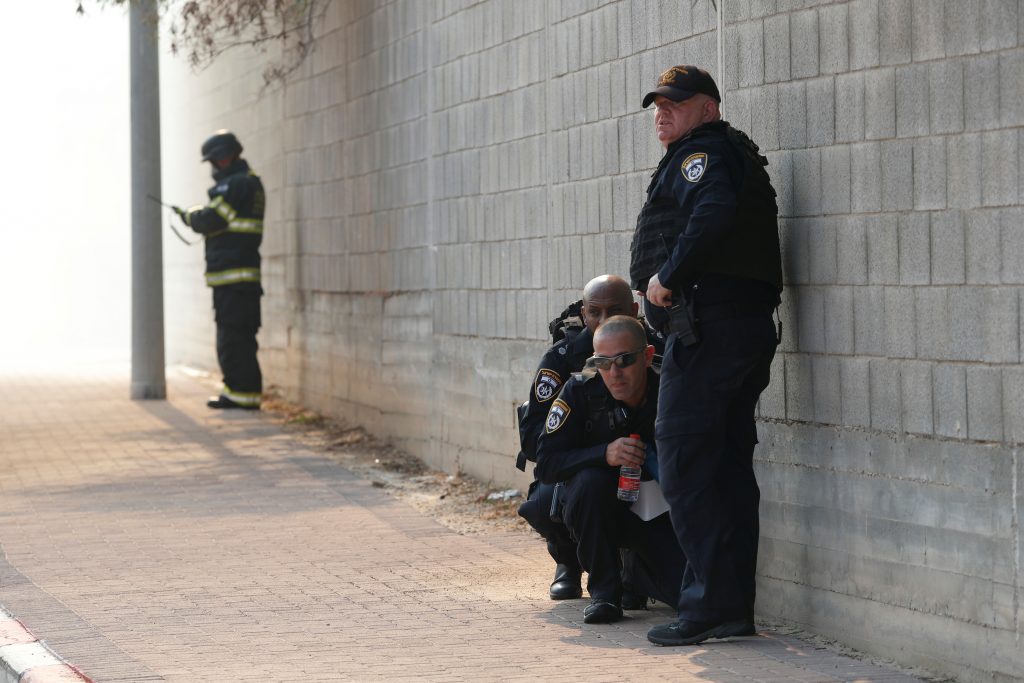 As of Tuesday night, Gaza terrorists had fired some 190 rockets at Israel and 46 Israelis had been treated for light injuries and anxiety.

B’chasdei Shamayim, no Israelis were killed or seriously injured in the attacks, though significant property damage was reported in Sderot, Netivot and elsewhere.

In the latest of a series of retaliatory strikes, an IAF drone scored a “hit” on two Palestinian Islamic Jihadists preparing to launch rockets early in the evening, the IDF said.

Subsequently, rocket sirens sounded in Ashkelon and its environs. Two rockets were launched from Gaza, both intercepted by the Iron Dome air defense system, according to Channel 13.

At least seven Palestinians, including the Islamic Jihad commander Abu al-Ata, were killed by the Israeli strikes and 30 others were wounded during the course of the day, according to the Hamas-run Health Ministry in Gaza.

The IDF said the airstrikes targeted underground facilities used for storage and manufacturing of weapons and training camps, which will take time and enormous sums of money to replace. Training compounds, the shaft of a cross-border attack tunnel and a tunnel digging site were also hit in the raids.

The Iron Dome missile defense system has again played an important role in fending off the barrages. The IDF said its success rate was approximately 90 percent since the fighting started. About half of the Gaza projectiles landed in open areas, not requiring Iron Dome interception.

Meanwhile, as Israeli Prime Minister Binyamin Netanyahu‏‏ said that the current hostilities would likely go on for some days, the military called up several hundred reservists to assist in ongoing operations.

In addition, convoys of tanks reportedly arrived to bolster the IDF Gaza Brigade.

“Israel is not interested in escalation, but we will do everything required to defend ourselves,” said PM Netanyahu. “This could take time.”

Financial market reaction in Israel was described by Reuters as “muted,” anticipating no major escalation. Recent such rounds of violence across the Gaza border have ended with the help of Egyptian and U.N. mediation, which were underway again on Tuesday.

The authorities announced school cancellations Wednesday in the Gaza periphery, the Tel Aviv suburbs of Ramat Gan and Givatayim, as well as Rehovot and Ashkelon, due to the security situation.

The Health Ministry opened an emergency situation room in case of further casualties.

The military told the public to expect additional reprisals from Palestinian Islamic Jihad and advised Israelis to stay close to bomb shelters, especially in the southern part of the country.

Ben Gurion Airport operated normally on Tuesday and there was no word of any change expected on Wednesday.