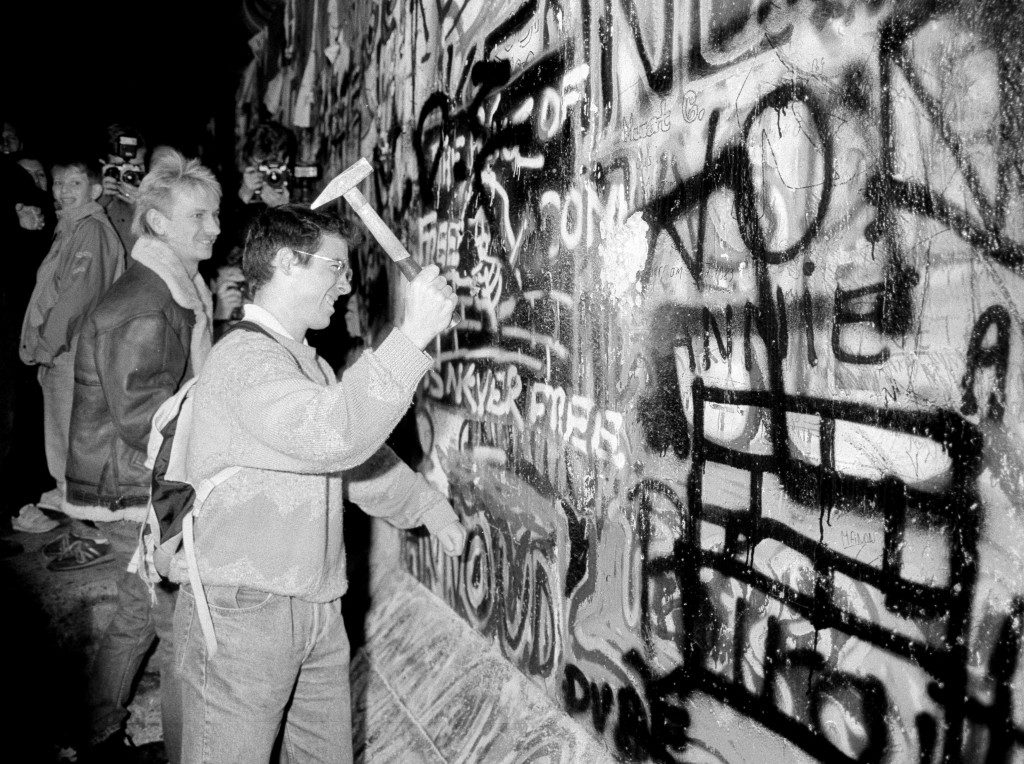 On June 12, 1987, then-President Ronald Reagan was in a limousine on the way to give a speech at the base of the Brandenburg Gate in West Berlin. While this gate had originally been commissioned by King Frederick William II of Prussia and had been built some two centuries earlier as an entranceway to an avenue leading to the palace, for decades prior to Reagan’s visit the sealed gate had become a symbol of the Berlin Wall that epitomized the division of Germany into two separate countries.

West Germany was a NATO ally, a democracy with close ties to the United States. East Germany was one of the most brutal of the Soviet satellites, a country famed for its vicious secret police and the extreme repression of its citizens. For days, the language of the president’s speech had been hotly debated by his advisors. Written by a young speechwriter named Peter Robinson, the draft included a line that had elicited fierce opposition by both the State Department and the National Security Council staff. As Robinson later recalled in an article he wrote for Prologue magazine, they considered the wording to be naïve, clumsy and needlessly provocative. They worried that it would raise false hopes for East Berliners.

As the car drove through the streets, President Reagan told his deputy chief of staff, Kenneth Duberstein, that he had decided to include the controversial sentence.

“The boys at State are going to kill me,” he said with a smile, “but it’s the right thing to do.”

Shortly thereafter, the actor-turned-president stood at that gate and uttered the now-famous words, directly challenging the leader of the Soviet Union:

After being interrupted by thunderous applause from the crowd, Reagan continued, and raising his voice he declared:

“Mr. Gorbachev, tear down this wall!”

Ironically, while the foreign affairs experts inside and outside the White House were deeply concerned about how the Soviets would interpret the speech, what did not occur to them was that less than 18 months later, the wall would actually come down.

Whether Reagan’s speech played any role in bringing down the Berlin Wall — or even whether his hard-line approach helped bring an end to the entity he famously referred to as an “evil empire” — is a moot question. Even now, as the world marks 30 years since the day that Berliners, using every possible tool, tore down a despised wall that symbolized Communist oppression, precisely what brought down the Iron Curtain is a matter of endless debate.

What we do know — and learn much from — is that the events of November 1989, as well as the events that followed it that culminated in the dissolution of the Soviet Union, took the world by total surprise. Many possible scenarios had been bandied about by pundits and analysts, yet the idea that a nuclear superpower and its satellites that had been in power for more than a half century would crumble in the face of masses of peaceful protesters was inconceivable.

Once again mankind was reminded that even seemingly the most powerful of mortals are not in control even of their own destinies. Like all of creation, they are mere pawns in the Hands of their Al-mighty Creator.