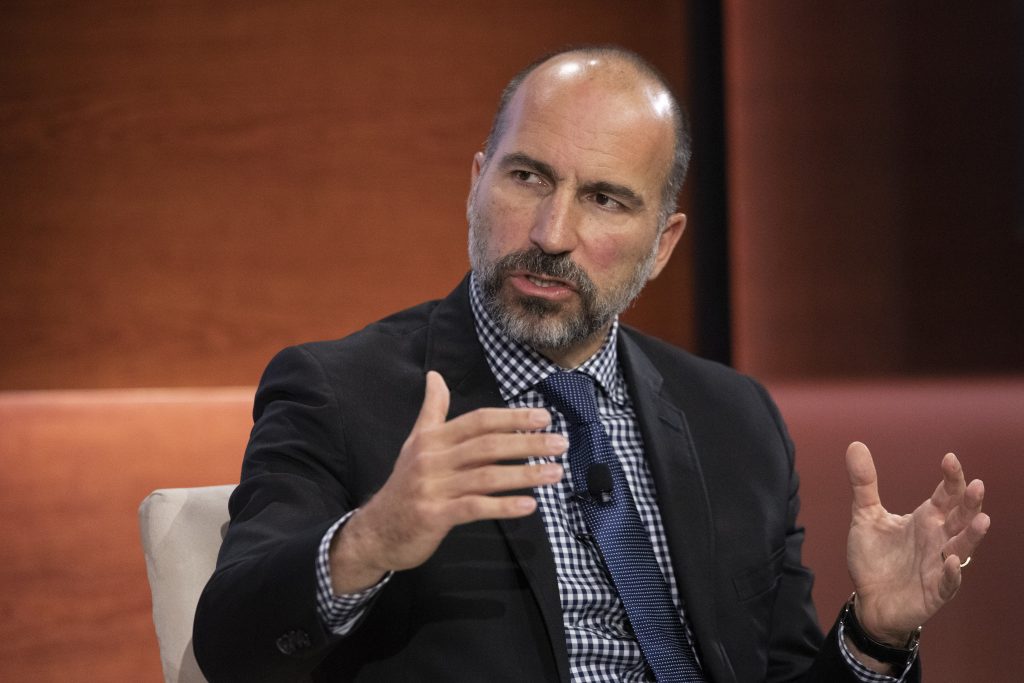 Uber Chief Executive Officer Dara Khosrowshahi said in an interview that the murder of journalist Jamal Khashoggi was “a mistake” by the Saudi Arabian government, and compared it to Uber’s accident with a self-driving car that killed a woman.

In the interview that aired Sunday, on a show co-produced by the political news site Axios and HBO, Khosrowshahi said “it doesn’t mean they can never be forgiven.” But in a follow-up statement sent to Axios after the interview, the CEO backtracked and said: “I said something in the moment that I don’t believe.” He called Khashoggi’s murder “reprehensible” and said it “should not be forgotten.”

The remarks came during a discussion about Uber’s relationship with Saudi Arabia, which is the ride-hailing car company’s fifth-largest investor. The Axios interviewer, Mike Allen, asked if Yasir Othman Al-Rumayyan, who heads Saudi Arabia’s Public Investment Fund, should be allowed to remain on Uber’s board. Khosrowshahi called Al-Rumayyan a “very constructive” board member who provides valuable input.

As the interview continued, the discussion turned to the Saudi government’s role in Khashoggi’s gruesome murder at the Saudi consulate in Istanbul last year. “I think that the government said they made a mistake,” Khosrowshahi said. “It’s a serious mistake. We’ve made mistakes too with self-driving and we stopped driving and we’re recovering from that mistake. So I think that people make mistakes, it doesn’t mean that they can never be forgiven.”

In March 2018 one of Uber’s cars testing autonomous driving software struck and killed a 49-year-old woman in Tempe, Arizona, as she was crossing the road. Uber paused tests of all its self-driving vehicles after the incident.