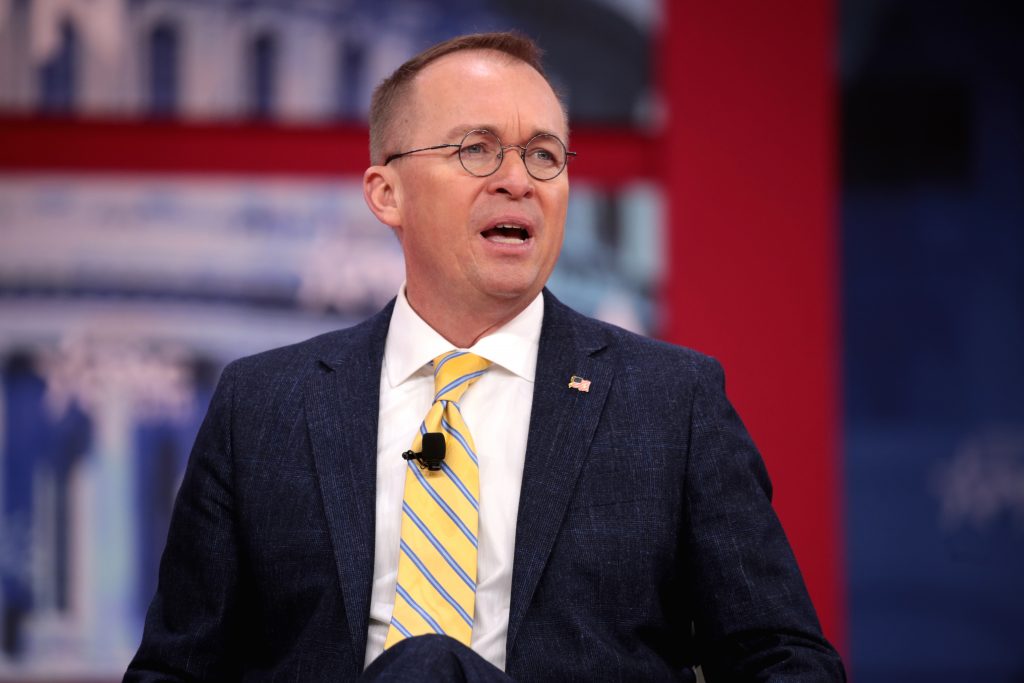 Mulvaney said he will file his own lawsuit focused on the same question: Must senior Trump administration officials testify in Congress’s impeachment inquiry?

The two former Trump national security aides are said by people close to them to consider Mulvaney a key participant in Trump’s alleged effort to pressure the Ukrainian government to pursue investigations into his political opponents.

Mulvaney’s attempt to join the lawsuit flabbergasted Bolton and Kupperman, people close to them said, with Bolton aides having testified that he derisively referred to the Ukrainian proposal as “a drug deal,” and White House officials saying Bolton and Mulvaney were barely on speaking terms when Bolton left his post in September.

Kupperman late last month asked U.S. District Judge Richard Leon of Washington to rule on whether Congress’s constitutional impeachment power takes precedence over the White House’s claim that current and former top executive branch aides are “absolutely immune” from being compelled to testify, as part of the president’s powers.

Bolton and Kupperman have said they are willing to testify if the judge rules in favor of the House, The Washington Post previously reported.

Cooper cited four reasons for keeping the cases separate. He argued that while Kupperman “is and will remain neutral” on whether Congress or the president is correct, “Mulvaney has made it clear that he supports the Executive,” and that Mulvaney is a current Trump adviser while Kupperman has left his post.

Kupperman’s duties also were exclusively related to advising on “highly sensitive matters of national security and foreign policy,” while Mulvaney’s were not, Cooper argued, writing: “If any close personal advisor to the President qualifies for testimonial immunity, it surely must be the President’s National Security Advisor and his deputy.”

Kupperman’s filing also stated that while he “has never publicly disclosed information relating to any of his official duties,” Mulvaney has commented publicly, appearing to admit and then deny a “quid pro quo” relationship between Trump’s decision to withhold U.S. security aid to Ukraine and a request that officials there investigate former vice president Joe Biden and his son Hunter Biden.

“Accordingly, there is a serious question as to whether Mulvaney waived the absolute testimonial immunity claimed by the President,” Cooper argued.

Attorneys for the Justice Department, which is defending the Trump White House in Kupperman’s lawsuit, did not oppose Mulvaney’s request to join the case.

In a three-page filing, Mulvaney attorney William Pittard on Monday evening notified Leon that he was withdrawing his Friday request to join Kupperman’s case, and that Mulvaney’s intent was to pursue “a separate related case.”

In a separate filing Monday, House General Counsel Douglas Letter also opposed Mulvaney’s motion to join the lawsuit, arguing that the case is moot because the House has withdrawn Kupperman’s October subpoena.

Mulvaney has not said that he would comply with the House’s order if the court rules against him, and the House has not withdrawn his subpoena.

“The Court should reject such gamesmanship and deny Mulvaney’s motion,” Letter said, particularly because Mulvaney “likely played a role in the decision” to assert absolute immunity for himself.

Leon previously set final arguments for Kupperman for Dec. 10. While the schedule and a quick ruling could potentially allow the case to be heard by a federal circuit court of appeals and even the U.S. Supreme Court next year, neither is likely to be able to act before the House has said it wishes to complete impeachment hearings, by year’s end.