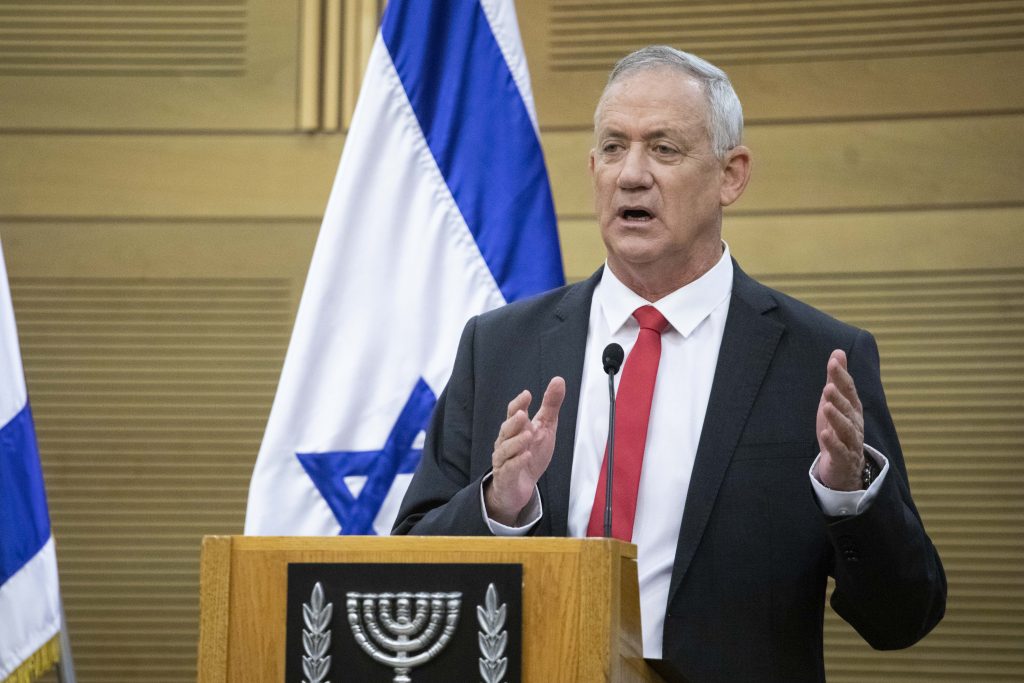 There was a vague sign of progress toward a unity government on Monday, as Blue and White leader Benny Gantz declared his willingness to consider compromises.

Gantz did not specify what compromises he was referring to, nor did he comment on what he had been considering in negotiations with the Likud until now.

Gantz indicated that he was thinking of what Yisrael Beytenu chairman Avigdor Liberman has been urging: a unity government with Prime Minister Binyamin Netanyahu‏‏ taking the first turn in a rotational premiership, and Gantz taking over in the event of an indictment. The envisioned unity excluded the chareidi parties, however.

Last Motzoei Shabbos, Liberman said that if both parties would not accept the compromise, he would support a minority government with whichever party did accept it.

Gantz told a party meeting on Monday that “I congratulate him [Liberman] on the very initiative aimed at preventing unnecessary, costly elections for the third time in a year,” he said.

Then he stipulated, “We will consider certain compromises as long as they correlate with our worldview and serve the State of Israel.”

In yet another swipe at PM Netanyahu, Gantz accused the premier of “refusing to discuss the essential issues that are plaguing Israeli citizens.” He urged him to work toward “direct, genuine and honest negotiations.”

Netanyahu was no less combative on Monday, exhorting Gantz to give up the “insane” and “dangerous” idea of a minority government supported by the Arab Joint List from outside.

“Benny, you were the [IDF] chief of staff during Operation Protective Edge. We ran that operation together. We sent soldiers into battle,” Netanyahu recounted. “Do you remember what [Joint List MK Ahmed] Tibi did during the operation? He read the names of terrorists killed in Gaza from the stage of the Knesset. He said that the IDF is committing war crimes…In a campaign video, they said ‘Gantz, there is blood on your hands.’”

“I mentioned the names of the children and mothers who died from missiles,” Tibi said, referring to IDF strikes in Gaza during the war. “Netanyahu you’re misleading; they’re not terrorists, they’re victims and martyrs. Kids with names, not just numbers,” Ynet quoted him as saying.