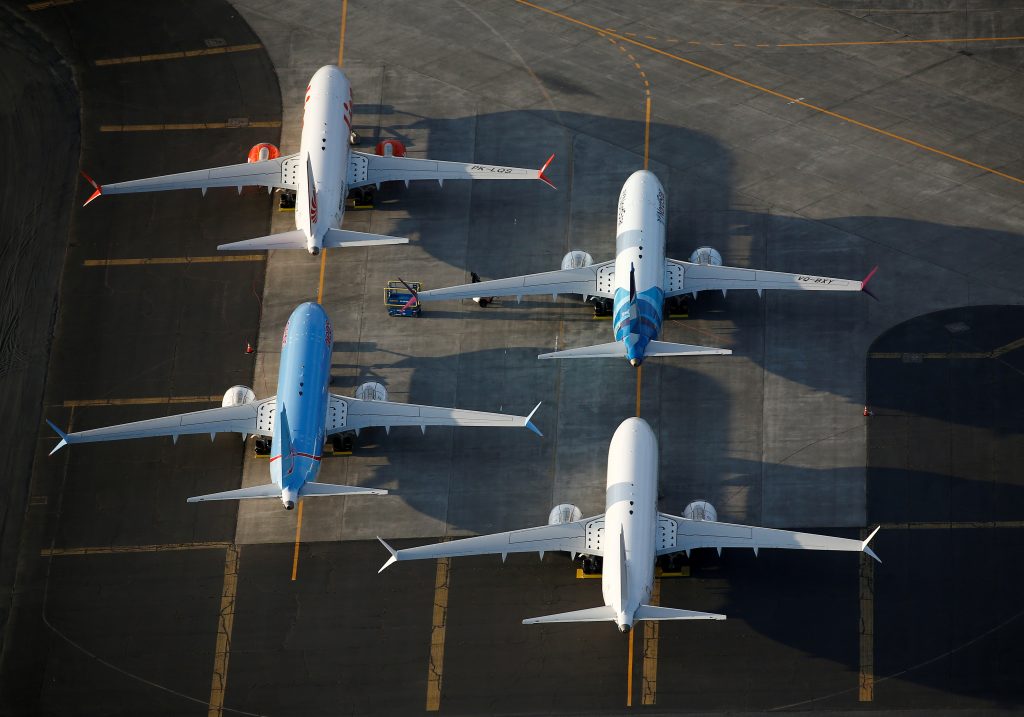 Boeing Co on Monday said it expected U.S. regulators to approve the return to commercial service of its grounded 737 MAX jet in the coming weeks, and its shares jumped as investors grew more hopeful that the planemaker had addressed software problems at the heart of two fatal crashes.

Boeing said it expected the U.S. Federal Aviation Administration (FAA) to issue an order approving the plane’s return to service next month, but added that it now expected commercial service to resume in January. Boeing shares rose 5% on the company’s outlook.

As recently as last week, Boeing said it expected flights could resume by the end of December. On Monday, the company said it was possible that resumption of MAX deliveries to airline customers could begin in December, but said getting approval for training changes would take more time. American Airlines and Southwest Airlines said Friday they were pushing back resumption of 737 MAX flights until early March. Major airlines have said they will need at least a month to complete training and install revised software before flights can resume.

“We expect the Max to be certified, airworthiness directive issued, ungrounded in mid-December. We expect pilot training requirements to be approved in January,” said Boeing spokesman Gordon Johndroe.

He added that “our airline customers will need more time to return their fleets to service and to train all 737 pilots, therefore they have announced schedule updates into March.”

The FAA reiterated that the agency has “set no timeframe for when the work will be completed.”

Last week, Reuters reported that U.S. and European regulators had not been able to complete a software documentation audit because of significant gaps and substandard documents. The FAA must complete that audit before a key certification test flight can be scheduled.

“We are taking the time to answer all of their questions,” Boeing said Monday. “We’re providing detailed documentation, had them fly in the simulators, and helped them understand our logic and the design for the new procedures, software and proposed training material to ensure that they are completely satisfied as to the airplane’s safety.”

Boeing also said it has completed one of five milestones needed: a multi-day eCab simulator evaluation with the FAA to ensure the software system performs as intended even if there is a system failure.

On Friday, the FAA told U.S. lawmakers a preliminary review by a blue-ribbon panel found Boeing’s design changes to a key safety system to be safe and compliant with regulations.

The next step will be a multi-day simulator session with airline pilots from the around the world.

The FAA said previously it will need 30 days from the time of the certification flight before it could unground the plane and flights could resume.