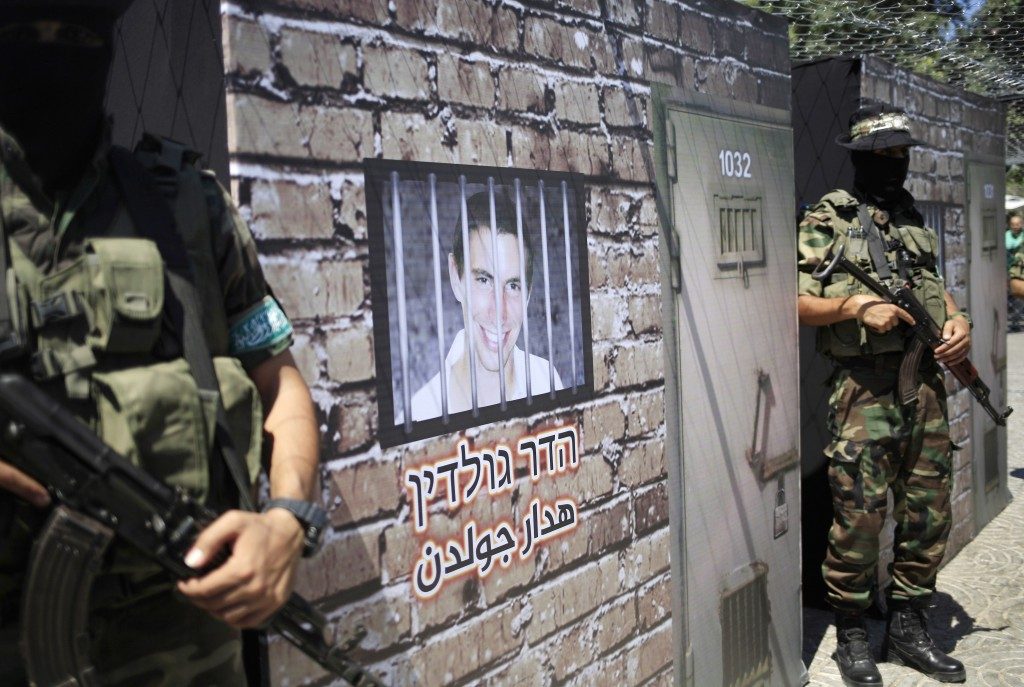 Arab media over the weekend reported that a deal was brewing for the release of Israelis held by Hamas, in exchange for the release of Hamas terrorists. The Independent Al-Arabiya news site said that a high-level delegation of Israeli officials had met with top Hamas terrorists in Cairo in recent days to hammer out a possible deal. The discussions are being hosted and directed by the Egyptians.

The report said that there had been “new advances in the discussions for the return of the remains of Israeli soldiers, in exchange for the release of terrorists and a package of gestures for Hamas. The source quoted said that Israel had expressed interest in the deal, adding that it was likely that Prime Minister Binyamin Netanyahu wanted to wrap it up in the coming days, before his rival Benny Gantz was able to form a government.

Missing in Gaza are IDF soldiers Hadar Goldin and Oron Shaul, who were captured by Hamas in 2014’s Operation Protective Edge, as well as civilians Avram Mengistu and Hisham Shabin a-Seid. Goldin and Shaul are presumed dead, and Hamas has been holding their remains hostage.