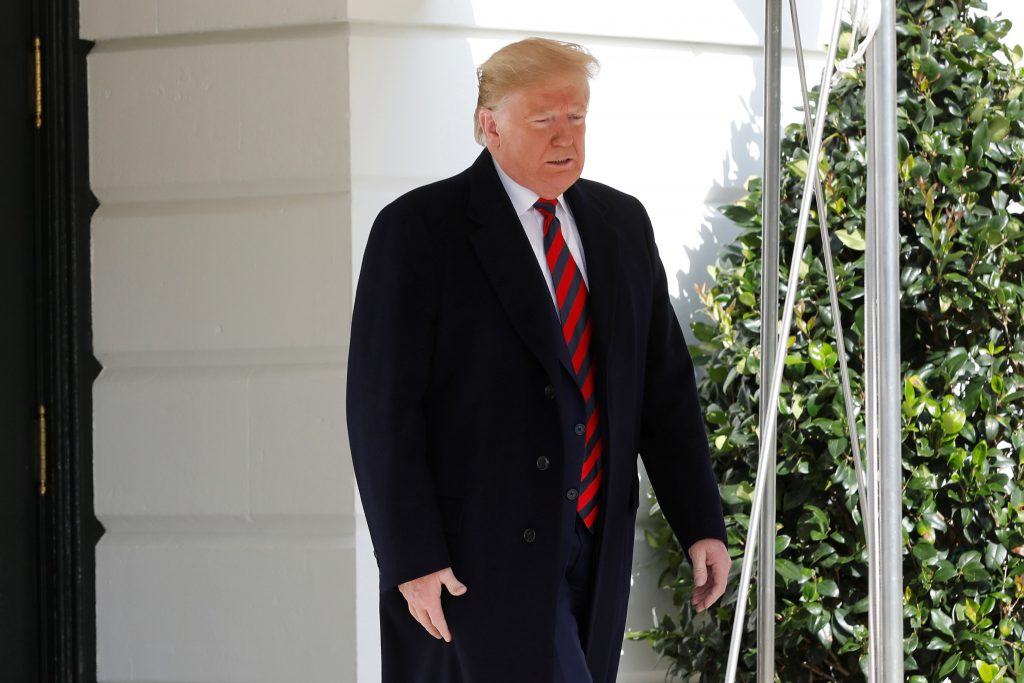 President Donald Trump said he’s prepared to release the transcript sought by House Democrats of his first phone call with Ukraine’s president, in April, as soon as Tuesday.

“We’ll probably give it to you on Tuesday, Monday being a holiday,” Trump told reporters Saturday as he prepared to board Air Force One. “We have another transcript coming out, which is very important. They asked for it. And I’d gladly give it.”

Trump floated the idea of releasing a transcript of that call, which hasn’t been made public, while talking to reporters on Friday. It’s of interest to House Democrats leading the inquiry. Trump previously released a transcript of his July 25 call with Ukrainian President Volodymyr Zelenskiy, which is at issue in the House impeachment proceedings.

“Read the transcript. You’ll see the call,” Trump said of the April conversation. “I’ll give you a second transcript because I actually had two calls with the president of Ukraine. So you’ll read the second call. And you’ll tell me if you think there’s anything wrong with it.”

Trump said he was releasing the transcript to be more transparent, then repeated his complaint about the House inquiry.

“This is a witch hunt at the highest level and it’s so bad for our country,” he said. “It’s a witch hunt and it should never happen to another president.”