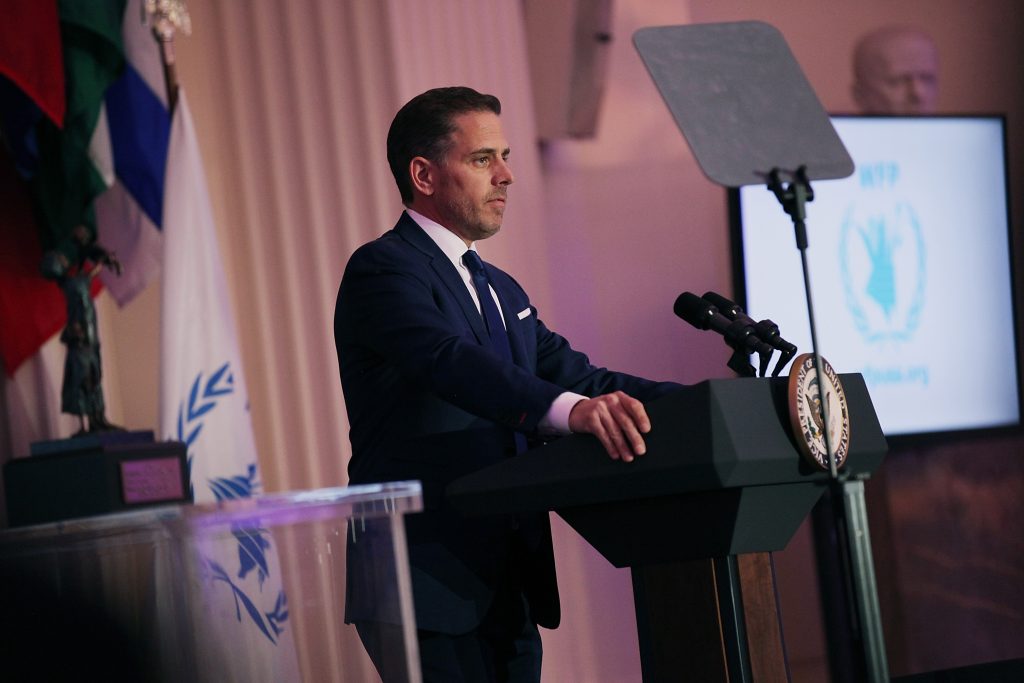 Republicans on Saturday asked that former Vice President Joe Biden’s son and the whistleblower whose complaint triggered the impeachment inquiry into President Donald Trump be called to testify in public hearings that begin next week.

Democrats, who control the House of Representatives, however, likely will reject appearances by Hunter Biden and the unidentified whistleblower in the hearings due to open on Wednesday.

Devin Nunes, the top Republican on the House Intelligence Committee, included the pair in a list of proposed witnesses that he sent in a letter to the panel’s Democratic chairman, Adam Schiff, published on multiple news websites.

In the letter, Nunes said the Democrats were pursuing a “sham impeachment process” that has mistreated Trump. Nunes also accused Schiff of fabricating evidence in order to cast “in a sinister light” the telephone call at the inquiry’s heart.

Trump used the July 25 call – a rough transcript of which was released by the White House – to press Ukrainian President Volodymr Zelenskiy to investigate the Bidens.

Joe Biden is a leading candidate for the Democratic nomination to oppose Trump’s bid for re-election next year. While he served as vice president, his son was on the board of Burisma, a Ukrainian energy firm.

The whistleblower complaint alleged that Trump used the call to seek foreign help for personal political gain, a charge broadly substantiated by the testimonies of current and former U.S. officials in three weeks of closed hearings.

Trump and his Republican allies deny there was any wrongdoing.

Should the House impeach Trump, the Republican-controlled Senate would conduct a trial that could see him removed from office.

Nunes said he also wants testimony from Devon Archer, a businessman who served on the Burisma board with Hunter Biden, as the pair could “assist the American public in understanding the nature and extent of Ukraine’s pervasive corruption.”

Trump and his personal lawyer, Rudy Giuliani, have led accusations – without giving any evidence – that Joe Biden sought the dismissal of a Ukrainian prosecutor to block a corruption probe of Burisma.

In asking for the whistleblower, Nunes said that Trump “should be afforded an opportunity to confront his accusers.”

In a statement issued after receiving Nunes’s letter, Schiff said the Republicans’ proposed witness list was being evaluated. But he indicated he likely will reject the requests for Hunter Biden, Archer and several other proposed witnesses.

The inquiry, he said, will not serve “as a vehicle to undertake the same sham investigations into the Bidens or 2016 that the president pressed Ukraine to conduct for his personal political benefit or to facilitate the president’s effort to threaten, intimidate and retaliate against the whistleblower.”

The whistleblower alleged that Trump sought investigations into the Bidens in return for granting Zelenskiy an Oval Office visit and allowing the delivery of nearly $400 million in security aid needed by Ukraine to defend against Russia-backed separatists.

Before departing on Saturday on a flight to Tuscaloosa, Alabama, Trump said he probably would release on Tuesday the transcript of an April 21 call he made to congratulate Zelenskiy on his presidential election victory.