Man With Gun Goes on Crime Spree in Crown Heights 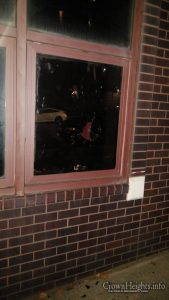 A man wielding a gun went on a crime spree in Crown Heights Friday night, pistol whipping one person and vandalizing property.

The string of crimes began around 8:00pm near the corner of Brooklyn Ave. and Lefferts Ave., when the man pistol-whipped a bicyclist. He then continued down Brooklyn Ave, where he shattered two windows of Bais Rivkah Lefferts with the gun. Then, at East New York Ave and Brooklyn Ave., he attempted to break a mirror of a car.

The police responded with a large search, but was unable to locate the assailant.