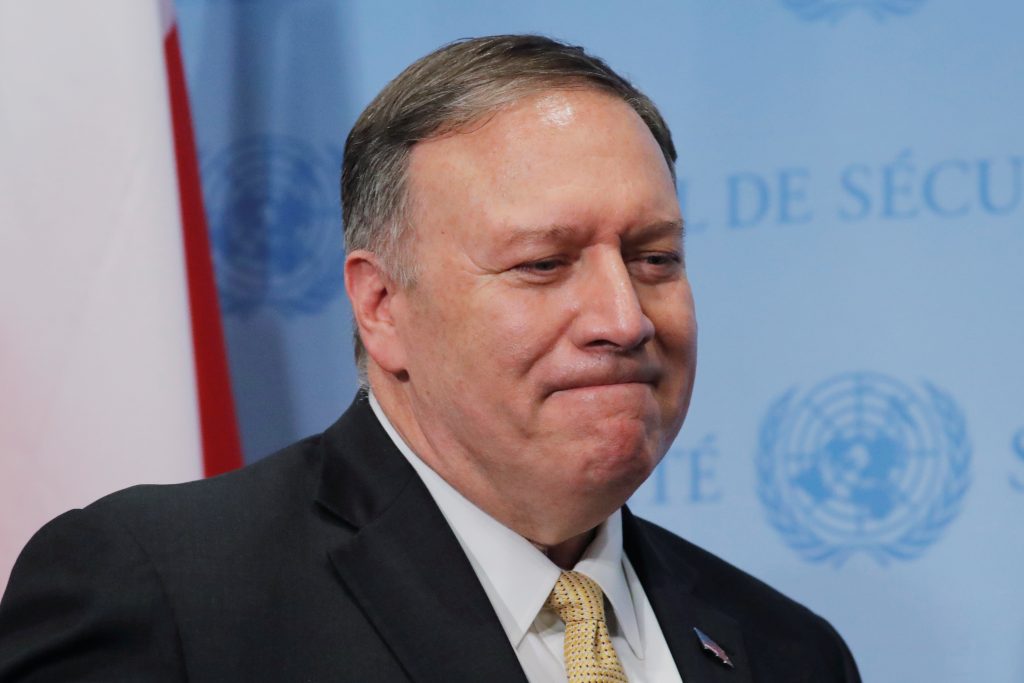 China’s Foreign Ministry launched a renewed attack on U.S. Secretary of State Mike Pompeo on Friday, saying that his recent criticism of the Chinese Communist Party was “extremely dangerous” and exposed his “sinister intentions.”

Last month Pompeo stepped up U.S. rhetoric against China’s ruling Communist Party, saying Beijing was focused on international domination and needed to be confronted. China at the time called it a “vicious attack.”

China has been consistently irritated by Pompeo, whether over his remarks on China’s Belt and Road infrastructure project or allegations of Chinese rights abuses in the far western region of Xinjiang, and in many other areas.

“Pompeo is splitting apart and setting in antagonism against each other the Chinese people and the Chinese Communist Party in an attempt to provoke their relationship,” Geng said.

The party has always represented and safeguarded the interests of the Chinese people and has won their deep trust and loyal support, he added.

“It must be pointed out that Pompeo‘s comments are extremely dangerous and seriously inconsistent with his position as U.S. secretary of state,” he added.

“They fully expose his sinister intentions of fishing for political capital by being anti-China.” He should stop “jabbering on” with his unwarranted criticisms of China, Geng said.

China’s stepping up of rhetoric against Pompeo comes as China and the United States seek a truce in their trade war by signing a “phase one” trade deal.

The world’s two largest economies have other serious areas of disagreement, including the disputed South China Sea, U.S. support for Chinese-claimed Taiwan and human rights, especially in heavily Muslim Xinjiang.