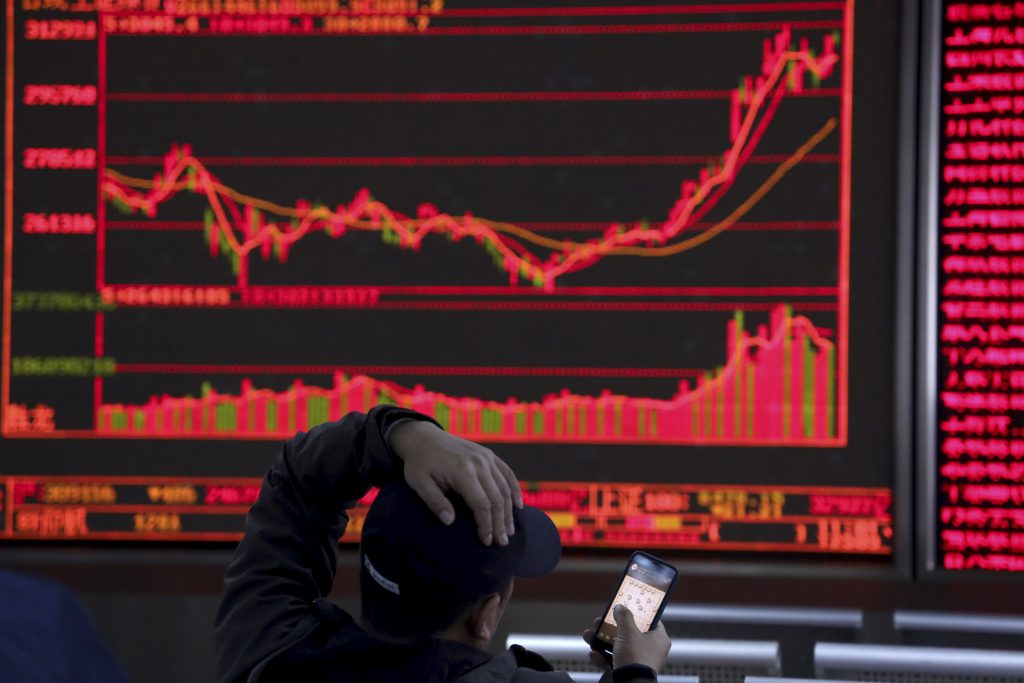 Asian stock markets were mostly lower Friday amid uncertainty about a possible U.S.-Chinese agreement to roll back tariffs in their trade war.

Tokyo rose after Beijing said Thursday the two sides agreed to the step if they make progress on an interim deal. Shanghai was little changed, while Hong Kong and Southeast Asian markets declined amid concern about possible opposition within the White House.

If the deal pans out, “it will be an emphatic upside surprise for the global economy,” said Vishnu Varathan of Mizuho Bank in a report.

However, “we cannot rule out a gap” between the U.S. and Chinese positions, Varathan warned. And he said the Federal Reserve might turn “less dovish” if the deal “takes off with more promise than anticipated” and tariffs fall, easing pressure on U.S. economic growth.

Encouraging reports on the U.S. economy and corporate profits have helped drive stocks back to record heights. The job market is strong, and the Fed has cut interest rates three times.

That leaves the U.S.-Chinese trade war as the wild card for the global economy.

Trump announced a “Phase 1” agreement in October but the two sides still are negotiating the details. They have yet to announce progress on major disputes about China’s trade surplus and technology policy.

The two biggest global economies have raised tariffs on billions of dollars of each other’s goods. That has disrupted supply chains, threatening to chill worldwide economic growth.

Investors were encouraged when the Chinese Commerce Ministry said Thursday the two sides agreed to a “phased reduction” of punitive tariffs if the deal goes ahead. But enthusiasm was tempered by concern that critics in the White House might oppose such a step.

A person who was briefed on the talks Thursday told The Associated Press there were still deliberations in the White House about how far to roll back the tariffs.