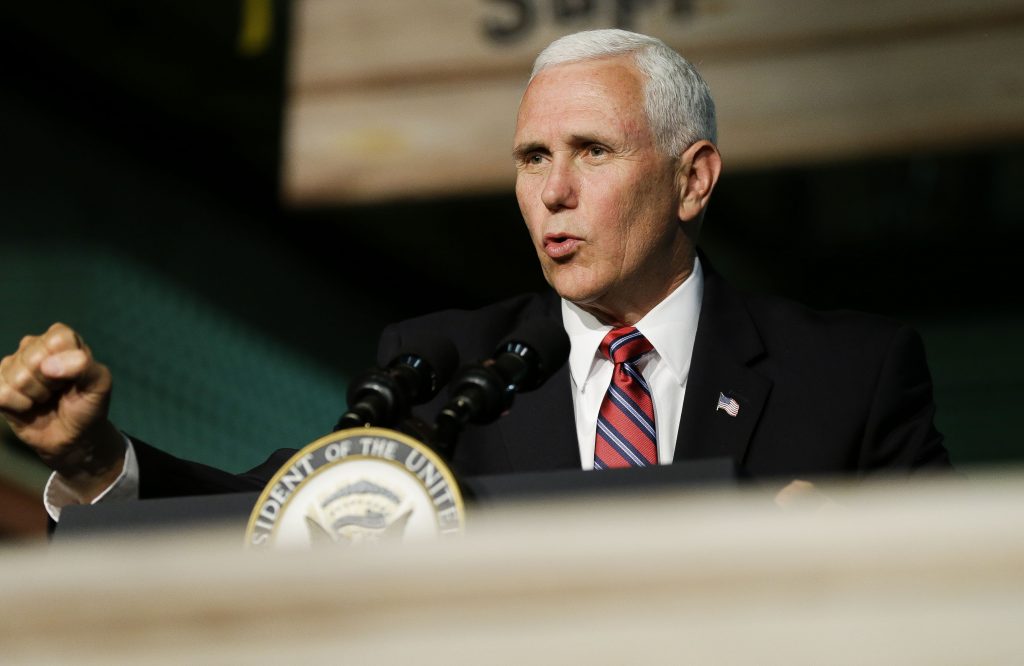 Congressional committees conducting an impeachment investigation of President Donald Trump are due to hear for the first time on Thursday from a top adviser to Vice President Mike Pence, one of the last witnesses to testify behind closed doors before public hearings start next week.

The House of Representatives Foreign Affairs, Intelligence and Oversight committees have called Jennifer Williams, a career foreign service officer and special adviser to Pence for Europe and Russia, to testify behind closed doors on Thursday morning.

Lawmakers will look to Williams for information about how much Pence knew about efforts by Trump and those around him to pressure Ukrainian officials to investigate former Vice President Joe Biden and his son Hunter, and foreign interference in the 2016 election.

Multiple sources said they expected Williams to appear as expected, even though several other officials from the executive branch have defied calls to testify this week, ratcheting up conflict between House Democrats and Trump’s Republicans over the probe.

Trump and his backers blast the House inquiry as a witch hunt and accuse Democrats of unfairly targeting him in hope of reversing his surprise election victory in 2016. In a tweet on Wednesday, Trump called the probe a “phony scam.”

Former national security adviser John Bolton, whom Trump fired in September, was also called to appear on Thursday, but was not expected to do so. Bolton’s attorney said he would not appear voluntarily and he has not yet been subpoenaed.

The House investigation is focused on a July 25 phone call in which Trump asked Ukrainian President Volodymyr Zelenskiy to investigate Biden, a leading Democratic rival as Trump seeks re-election in November 2020.

They are trying to determine whether Trump froze $391 million in U.S. security assistance for Ukraine in order to put pressure on Zelenskiy to conduct the investigation, misusing U.S. foreign policy for his personal gain.

Democrats have been releasing transcripts of previous closed-door interviews this week, as they prepare for next week, when they will hold the first public hearings in the six-week-long probe.

Representative Adam Schiff, the Democratic chairman of the Intelligence Committee, said on Wednesday his committee would hold the first public sessions next week.

“Those open hearings will be an opportunity for the American people to evaluate the witnesses for themselves, to make their own determinations about the credibility of the witnesses, but also to learn firsthand about the facts of the president’s misconduct,” he told reporters during a break in closed-door testimony from David Hale, the State Department’s third-highest official.

Three U.S. diplomats who expressed alarm about Trump’s dealings with Ukraine and have already testified in private will serve as star witnesses.

Setting the stage for the public hearings, lawmakers have been making public transcripts of the closed-door depositions this week. Yovanovitch’s testimony was released on Monday and Taylor’s on Wednesday.

Sources familiar with the investigation said Kent’s transcript would be made public on Thursday.

If the Democratic-controlled House votes to impeach Trump, the Republican-controlled Senate would then hold a trial on whether to remove Trump from office.

Senate Republicans have so far shown little appetite for ousting the president.