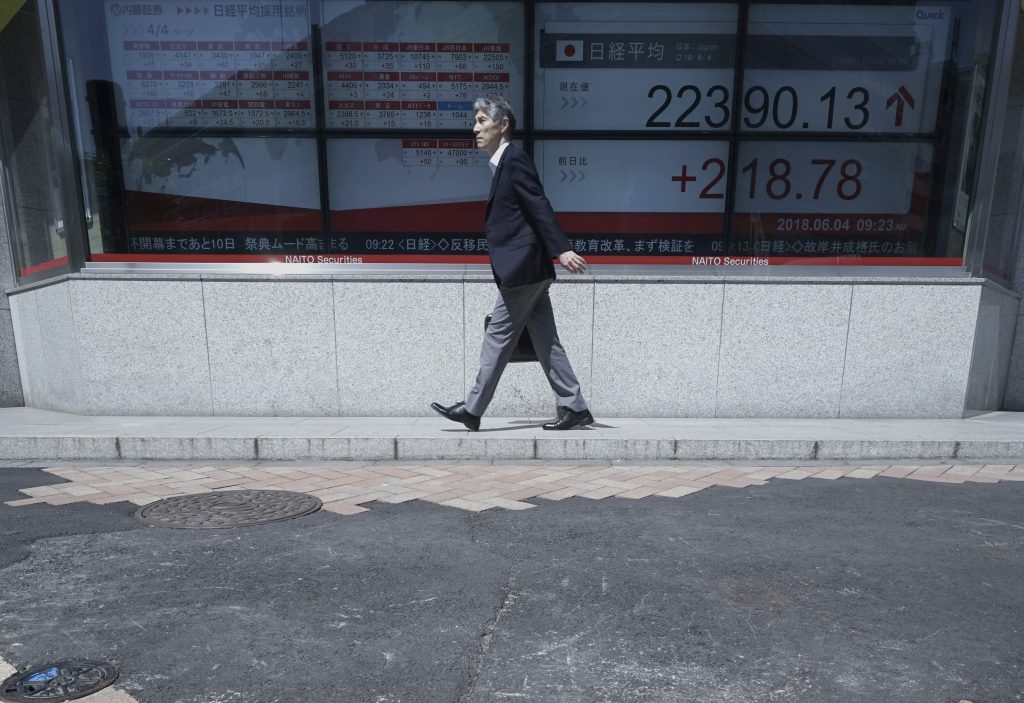 Asian shares fell on Wednesday for the first time in four trading sessions as investors awaited new developments that might scale back a bruising trade war between the United States and China.

Treasury yields fell slightly and crude oil futures fell as investors took a breather as U.S. and Chinese negotiators continued their efforts to seal a preliminary trade deal. The world’s two biggest economies have signaled they are pushing hard for a “phase-one” trade agreement, possibly some time this month.

The dollar held onto overnight gains against the yen and the euro after better-than-expected data on the U.S. services sector, but some analysts warn it will be difficult to shake lingering concern about the global economic outlook.

“We’ve had a good run-up, but there may be some consolidation,” said Shane Oliver, head of investment strategy and chief economist at AMP Capital Investors in Sydney.

“The trade war is the biggest reason that global growth has weakened over the past 18 months. We would like to see tariffs scaled back. We’re still waiting for clearer signs of a resolution.”

U.S. stock futures erased earlier losses to inch 0.01% higher on Wednesday in Asia after the S&P 500 gave up just 0.01% on Tuesday, having reached a record high in the previous trading session.

Traders and investors hope a preliminary Sino-U.S. trade pact will roll back at least some of the punitive tariffs that Washington and Beijing have imposed on each other’s goods, but it is still uncertain when or where President Donald Trump will meet Chinese President Xi Jinping to sign the agreement.

In the onshore market the yuan traded at 6.9930 versus the dollar, approaching a three-month high as currency traders took their cue from hopes for a trade deal.

Treasury prices rose slightly in Asia, recovering from a sell-off on Tuesday after data from the Institute for Supply Management (ISM) showed the U.S. services sector expanded more than expected in October.

Elsewhere in the currency market, the dollar continued to benefit from the positive ISM data.