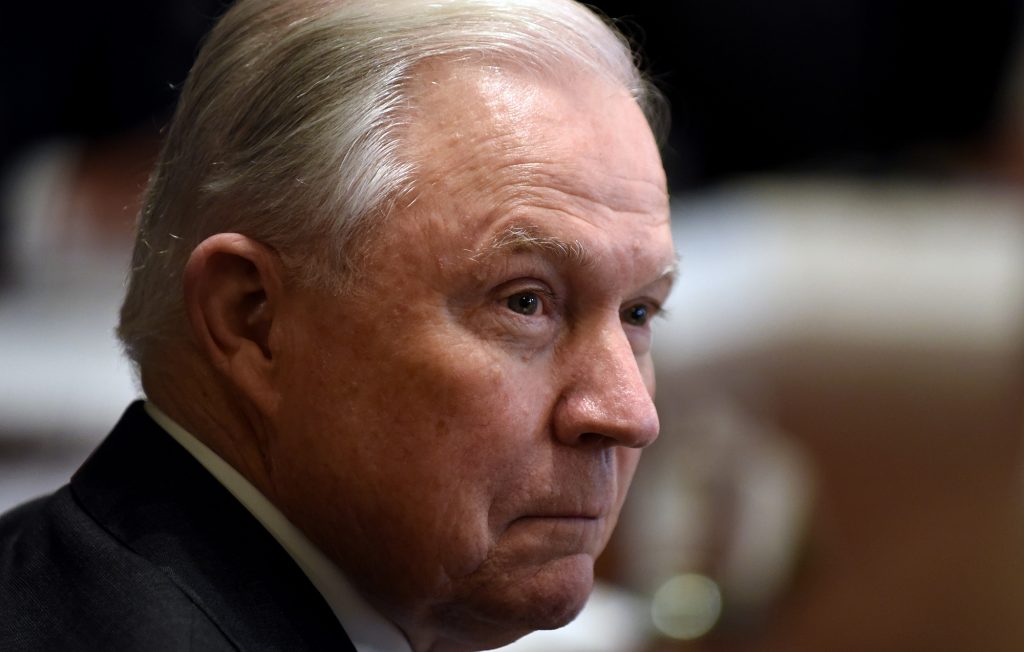 Former Attorney General Jeff Sessions is expected to run for his old Senate seat in Alabama, a source familiar with his plans said.

He has yet to file with the state Republican Party, according to a party spokeswoman. The deadline is Friday.

Multiple GOP sources have said recently that Sessions was considering a run. First elected to the Senate in 1996, he left in 2017 to become President Donald Trump’s attorney general. But he soon drew the president’s ire for recusing himself from the investigation into Russian interference in the 2016 election.

Sessions’ decision to run could shake up the crowded GOP primary field, but some of the top candidates have indicated they will remain in the race — and try to tar Sessions as insufficiently loyal to Trump.

One of them, GOP Rep. Bradley Byrne, spoke to Sessions last week, before Byrne filed to run with the state party, according to a source with knowledge of their conversation. Byrne has pledged to stay in the race.

“Alabama deserves a Senator who will stand with the President and won’t run away and hide from the fight,” Byrne said in a statement.

Alabama’s senior senator, Republican Richard C. Shelby, told reporters Tuesday that he had spoken with Sessions the previous day and implied that his former colleague had wavered on running.

“I thought a week or so he was going to run, but he hasn’t yet,” Shelby said.

Shelby told reporters last week that he did not know if Trump’s disdain for Sessions would hurt his chances in the race, but he said of the former attorney general, “He’s been very popular in the state for a long time.”

Shelby also said he would endorse Sessions if he jumped into the race.

Sessions starts the race with the nearly $2.5 million that was in his campaign account when he resigned to lead the Justice Department. Byrne ended the most recent fundraising quarter on Sept. 30 with $2.5 million in the bank, while Tuberville had $1.4 million.

The Democratic incumbent, Doug Jones, narrowly won a December 2017 special election runoff to fill the remainder of Sessions’ Senate term. He defeated former Alabama Supreme Court Chief Justice Roy Moore. Moore is running again, but he has fallen behind the rest of the field in fundraising.

Byrne, Moore, Tuberville and the two of the other top fundraisers in the race, Alabama Secretary of State John Merrill and state Rep. Arnold Mooney, have all filed with the state party and qualified as candidates, according to the Alabama GOP’s website.

Some Republican consultants and lawmakers have questioned why Sessions was getting into the race.

Alabama GOP Rep. Mike D. Rogers, who had not spoken directly with Sessions, told CQ Roll Call on Tuesday, “I don’t really see how (Sessions) can get a toe-hold this late in the process.

“And then there’s the fact that the president of the United States despises him, has openly said he will vigorously campaign against him,” Rogers added. “That’s an awfully steep hill in Alabama where, as you know, Donald Trump has the highest favorables of any state in the union.”

One GOP consultant with experience in Alabama, who is not affiliated with any of the candidates, said Byrne and Tuberville had proven strengths as candidates, which have quelled fears that Moore could emerge from a crowded primary as the nominee.

“I don’t think there’s this need for Jeff Sessions to come and rescue the state anymore,” the consultant said.