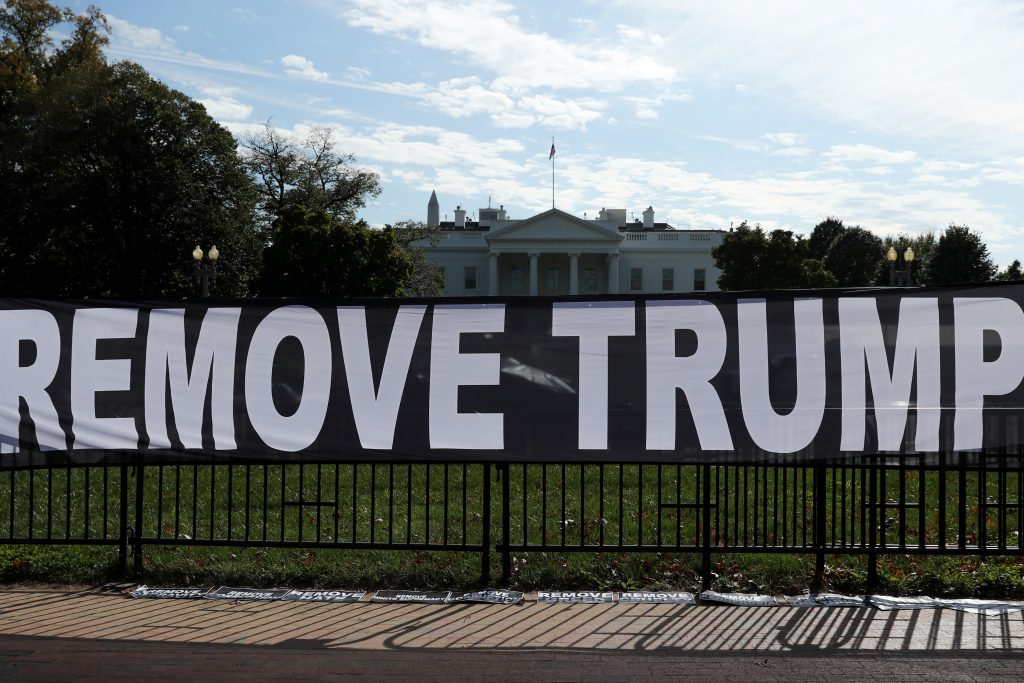 Top Trump administration officials are expected to be no-shows on Wednesday for the impeachment inquiry by congressional Democrats, who will continue to release more transcripts of the testimony they have already gathered.

Lawmakers are expected to release more transcripts on Wednesday, but have not said which accounts they will make public.

The impeachment inquiry is focused on a July 25 phone call in which Donald Trump asked Ukrainian President Volodymyr Zelenskiy to open an investigation into former Vice President Joe Biden, a political rival, and his son Hunter.

Joe Biden is a leading contender for the Democratic nomination to run against Trump, a Republican, in the November 2020 election. Hunter Biden was on the board of Ukrainian energy company Burisma that had been investigated for corruption.

Efforts to hold more closed-door hearings have all but ground to a halt, as top administration officials have refused lawmakers’ demands to testify.

Trump has denied wrongdoing and accused Democrats of unfairly targeting him in hope of reversing his surprise victory in the 2016 presidential election. Trump has told his aides not to comply with congressional demands for their testimony.

Two officials on Wednesday’s witness list are sure to be no-shows. Energy Secretary Rick Perry, one of the “Three Amigos” tasked by the White House to set up a back channel to Ukraine, and Russell Vought, the acting White House budget chief, have already said they won’t appear.

Their testimony may not be needed, however.

Democrats have said they have enough material to move forward with public impeachment hearings, which would be a likely prelude to articles of impeachment – formal charges – being brought to a vote in the Democratic-controlled U.S. House of Representatives.

If the House votes to approve the articles of impeachment, the Republican-controlled Senate would then hold a trial on whether to remove Trump from office.

Senate Republicans have so far shown little appetite for removing the president.