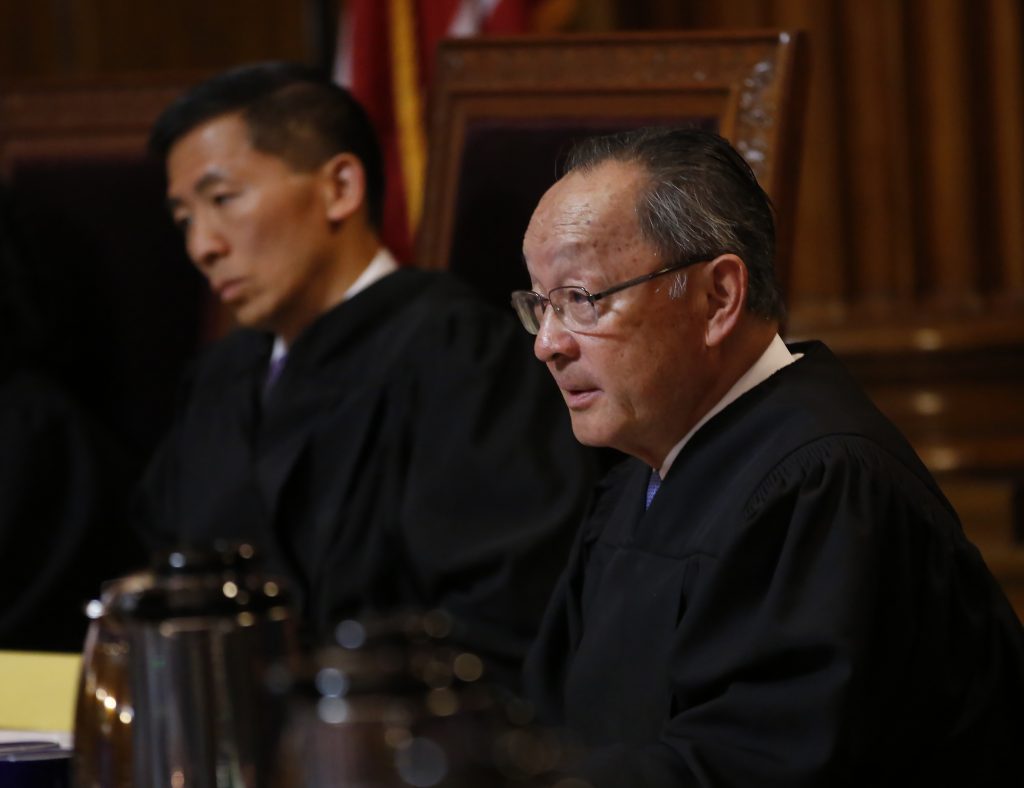 California Supreme Court justices seemed skeptical Wednesday of a state law requiring President Donald Trump to disclose his tax returns if he wants to be a candidate in the state’s primary election next year.

The justices wondered in a rapid-fire hour of questioning if the nation’s first such law might be expanded to require all sorts of things, from birth certificates to psychiatric and medical records.

Could candidates also be required to swear they’re not communists, asked Justice Joshua Groban. How about requiring that they disclose five years of their school report cards, added Justice Ming Chin.

It could evolve into “a laundry list of potential requirements,” Chin objected, adding, “Where does it end?”

A federal judge already temporarily blocked the state law in response to a different lawsuit.

The case before the state Supreme Court was filed by the California Republican Party and chairwoman Jessica Millan Patterson challenging Democratic Gov. Gavin Newsom’s July signing of the law aimed at Trump.

Their attorney Thomas Hiltachk argued Wednesday that the law violates the California Constitution, specifically a 1972 voter-approved amendment guaranteeing that all recognized candidates must be on the ballot.

In addition, keeping Trump off the ballot could lower voter turnout in the primary, hurting Republican legislative and congressional candidates’ chances of reaching the general election, the plaintiffs said.

Lawyers for the state called the release of tax returns a common-sense requirement so voters can gauge candidates’ “financial status and honesty concerning financial matters.”

State officials appear to “have an uphill battle defending this statute,” based on the high court’s tough questioning — even its more progressive justices, said University of California law professor Richard “Rick” Frank, who attended the hearing.

“A critical mass of the justices … were asking a lot of pointed questions of the ‘slippery slope’ variety,” he said.

The justices sped up their usual timetable because there would be a Nov. 26 deadline for candidates to file tax returns if the law survives. However, the court could take up to 90 days to rule on the matter.

State officials would not say why they didn’t seek a faster review of the federal judge’s decision by the 9th U.S. Circuit Court of Appeals or if that meant they are giving up on getting Trump’s returns in time for next year’s election.

Hiltachk said a ruling against the law by the state Supreme Court would be more defining, because it couldn’t be appealed.

His co-counsel, Charles Bell, after the hearing called the law “a slap in the face of an open primary,” noting that “if all manner of things were required, there would be very few candidates.”

Trump broke with decades of tradition in refusing to release his returns, citing an ongoing Internal Revenue Service audit.

The California Supreme Court hearing consideration came the same week that a federal appeals court in New York ruled that Trump’s tax returns can be turned over to a grand jury that usually keeps the records from public view.