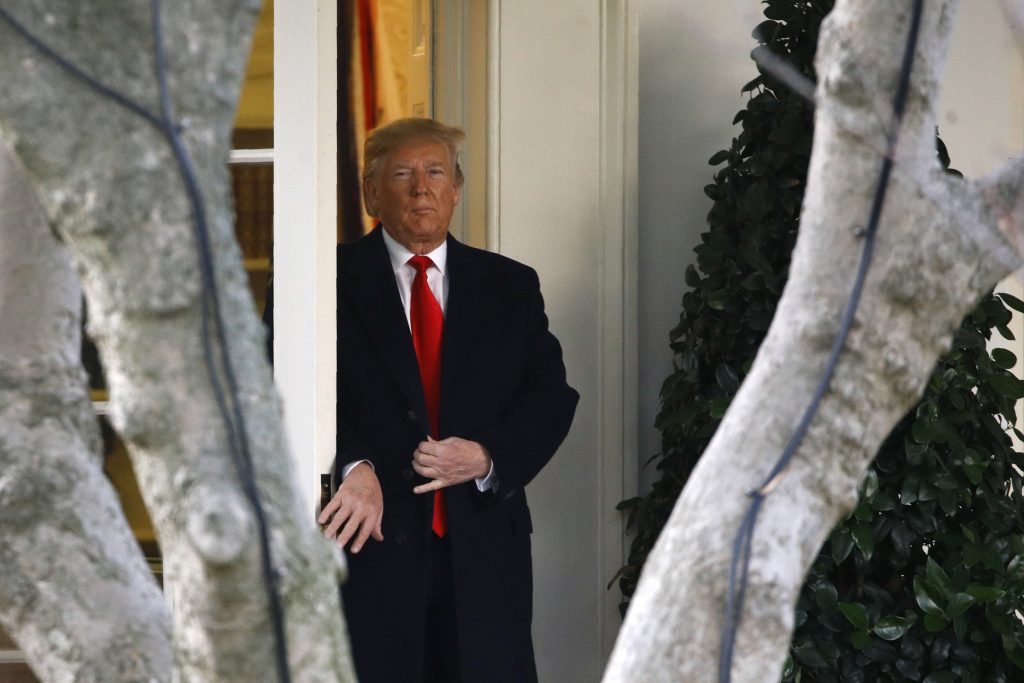 The White House said Tuesday that it’s not interested in a government shutdown when a temporary government-wide spending bill expires Nov. 21.

Ueland said President Trump wants “the spending process to continue to unfold and the government to continue to be funded.” Under a stopgap spending bill, Trump would be able to shift money from Pentagon anti-drug accounts and use other transfer powers to siphon money toward the border fence.

Trump on Sunday refused to rule out a shutdown when asked about it, but there’s no appetite for one among his allies on Capitol Hill. There has been ample speculation about a potential shutdown but no evidence one is actually brewing.

At issue are the 12 annual appropriations bills that fund the day-to-day operating budgets of federal agencies. Trump’s top priority in the process is to obtain $5 billion or more to continue construction of his long-promised border wall, but lawmakers in both parties are more interested in assorted military and domestic agency accounts.

To make progress, the multi-party talks are focused on distributing spending increases from July’s hard-won budget and debt agreement among the 12 bills. It’ll be a challenge for House Speaker Nancy Pelosi, D-Calif. — who backs a catchall omnibus spending bill — to win votes from Democratic progressives if it contains significant wall funding. On the other hand, Trump promises a veto if his wall funding demands aren’t addressed.