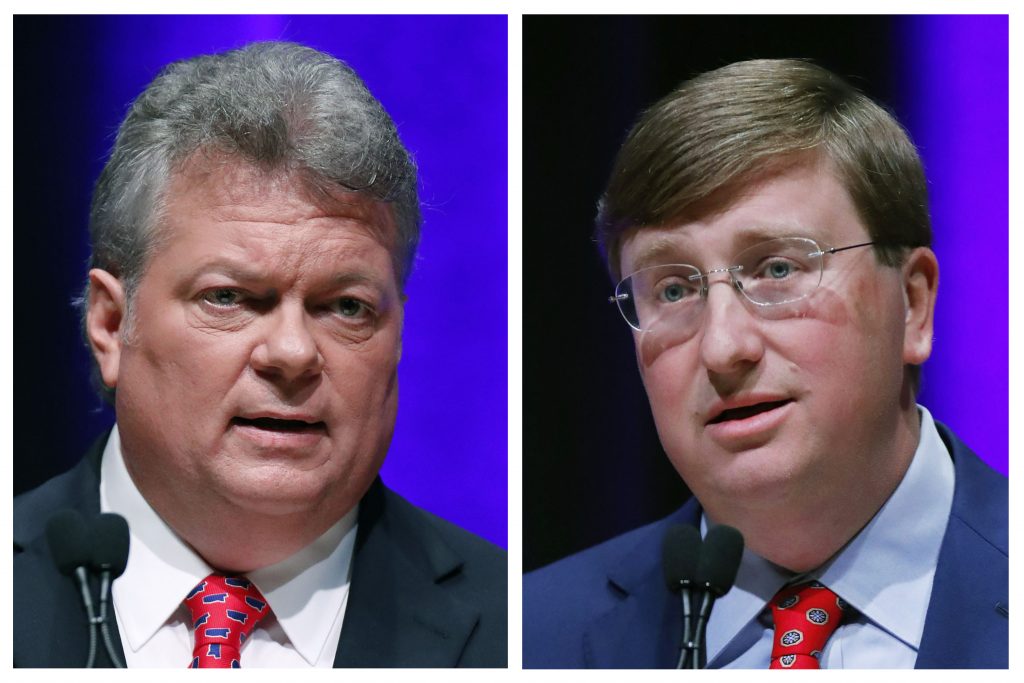 Mississippi’s most competitive governor’s race in years was in the hands of voters Tuesday as Attorney General Jim Hood sought to become the second Democratic governor in the Deep South. He’s facing Republican Lt. Gov. Tate Reeves, who got campaign help from both President Donald Trump and Vice President Mike Pence.

Democrats see Hood as their strongest nominee in nearly a generation in a conservative state where Republicans have been governor for 24 of the past 28 years.

But Mississippi has a Jim Crow-era election process that could make a tight election difficult to decide on Election Day. The state’s 1890 constitution requires a statewide candidate to win a majority of both the popular vote and an electoral vote, with one electoral vote awarded to the top vote-getter in each of 122 state House districts. If nobody wins both, the election is decided by the state House, now controlled by Republicans.

The lone Democratic governor in the Deep South, Louisiana’s John Bel Edwards, is in a Nov. 16 runoff as he seeks a second term. Kentucky is the only other state choosing a governor this year.

Hood, 57, is finishing his fourth term as attorney general and has been the only Democrat holding statewide office in Mississippi for more than a decade. He did not invite national Democratic figures to the state to campaign for him in person, but former President Barack Obama recorded a call that went to some Mississippi residents Monday, urging people to vote for Hood. An Obama spokeswoman confirmed to The Associated Press on Tuesday that the recording was made by him.

Hood has campaigned on improving schools and highways and on expanding Medicaid to the working poor.

“I’ve fought for working people in Mississippi, particularly for children — to protect our children, widows, orphans and elderly. I mean, that’s my core beliefs,” Hood said Saturday after speaking to potential voters at a barbershop near Jackson State University. “And that’s what I’m going to do as governor.”

Reeves, 45, is finishing his second term as lieutenant governor and previously served two terms as the elected state treasurer. He frequently says that voting for Hood is akin to voting for “liberal” national Democrats, including U.S. House Speaker Nancy Pelosi. Reeves has campaigned on limiting government regulation of businesses and has said a large tax-cut package Republicans pushed into law in the past four years is boosting the state economy.

“If Mississippi chooses to go in a different direction … and elect a liberal Democrat to lead our state, they’ve already promised they’re going to repeal those tax cuts,” Reeves told hundreds of business people at a state chamber of commerce event last week. “Everyone in here that pays income taxes — your taxes are going to go up.”

At a polling place in Picayune, the national political scene weighed on the minds of voters.

Nancy Daly, 63, said she voted for Reeves and would have done so even if Trump and Vice President Mike Pence hadn’t visited the state to support the GOP and rail against the House impeachment inquiry.

“Most people down here — they are for him,” Daly said. “We’re against trying to impeach him and all that.”

Besides Reeves and Hood, the candidates on Tuesday’s ballot for governor are independent David Singletary and the Constitution Party’s Bob Hickingbottom, who have both run low-budget campaigns.

Mississippi’s election process was written when white politicians across the South were enacting laws to erase black political power gained during Reconstruction, and the separate House vote was promoted as a way for the white ruling class to have the final say in who holds office.

There’s another quirk in the law: If representatives finally decide the race in January, they are not obligated to vote as their districts did.

Some African American residents sued the state this year, arguing that the system unconstitutionally diminishes the value of some votes. U.S. District Judge Daniel P. Jordan III ruled Friday that he would not immediately block the system with just days to go before the election, but he wrote that he has “grave concern” that the electoral vote could violate the one person, one vote principle.