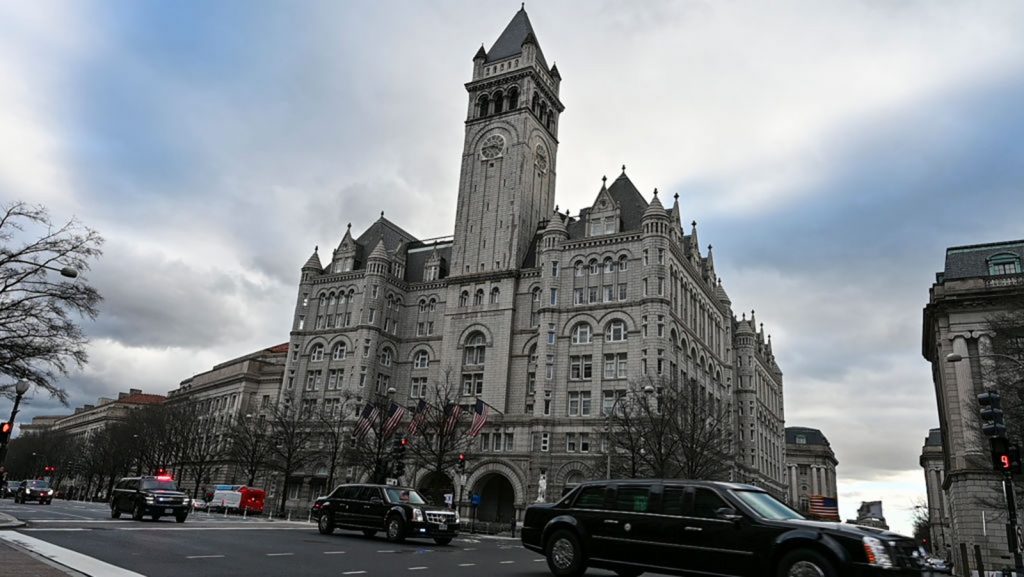 House Democratic investigators have not been solely focused on President Donald Trump allegedly pressuring Ukraine to investigate a political rival as they have questioned witnesses in the impeachment inquiry, a transcript of one of the closed-door depositions reveals.

As the Intelligence, Oversight and Foreign Affairs committees interviewed Kurt Volker, a former NATO ambassador who served the Trump administration in a volunteer capacity as a special representative to Ukraine, the questioning briefly devolved into Emoluments Clause territory.

The transcript of the Oct. 3 deposition — the first that investigators conducted as part of the impeachment inquiry — shows Daniel Noble, senior counsel for the Intelligence Committee Democrats, questioning why Volker and Rudy Giuliani, Trump’s personal attorney, had a breakfast meeting at the Trump International Hotel in Washington, D.C.

The question came up as Noble was asking whether Volker knew an associate of Giuliani’s named Lev Parnas. Volker responded that Parnas is a Ukrainian American businessman that Giuliani brought to a breakfast meeting on July 19 between the two. Parnas and another Giuliani associate, Igor Fruman, were arrested Oct. 10 and indicted on charges of trying to illegally funnel foreign money into U.S. elections.

“Never met him before or since,” Volker said of Parnas, guessing that Giuliani had invited him to the meeting because he knows a lot about Ukraine since he’s from there.

Noble then questions where the three had breakfast, to which Volker responds “at the Trump Hotel.”

The answer appeared to raise alarm bells for Noble, who then probed further, with questions seemingly designed to elicit information that might further validate Democrats’ concerns that Trump has violated the Emoluments Clause of the Constitution by profiting off foreign and domestic officials who stay at and utilize his personal business properties.

“Why did you have breakfast at the Trump Hotel?” Noble asked.

“Because I was guessing that’s where Rudy was going to be staying, so that would be the easiest thing to do,” Volker responded.

Noble then referred back to a prior discussion about a meeting Volker had with Andriy Yermak, a close adviser to Ukranian President Volodymyr Zelenskiy, asking where Yermak stayed while in Washington.

Volker said he believes it was at the Trump hotel but he did not know why Yermak chose that location.

“Did you ever have any conversations with the Ukrainians about currying favor with President Trump by staying at their property?” Noble asked. Volker said he did not.

The Trump hotel came up again once again later in the transcript as Noble questioned Volker about a visit some Ukrainian officials, including Yermak and Danylyuk, chairman of the Ukranian National Security and Defense Council, made to Washington in July.

Noble asked about the locations in which Volker met with those officials. He had drinks with Danylyuk at the Metropolitan Club and coffee with Yermak at the Trump hotel.

The Trump hotel has not come up in the other three depositions for which transcripts have been released so far but it’s clear Democratic investigators are interested in whether the Ukrainians sought to curry favor with Trump by staying at his hotel.

Parnas and Fruman have been subpoenaed to testify for the inquiry and initially rebuffed those efforts. But Parnas has changed his tune, saying Monday through his attorney that he would testify.