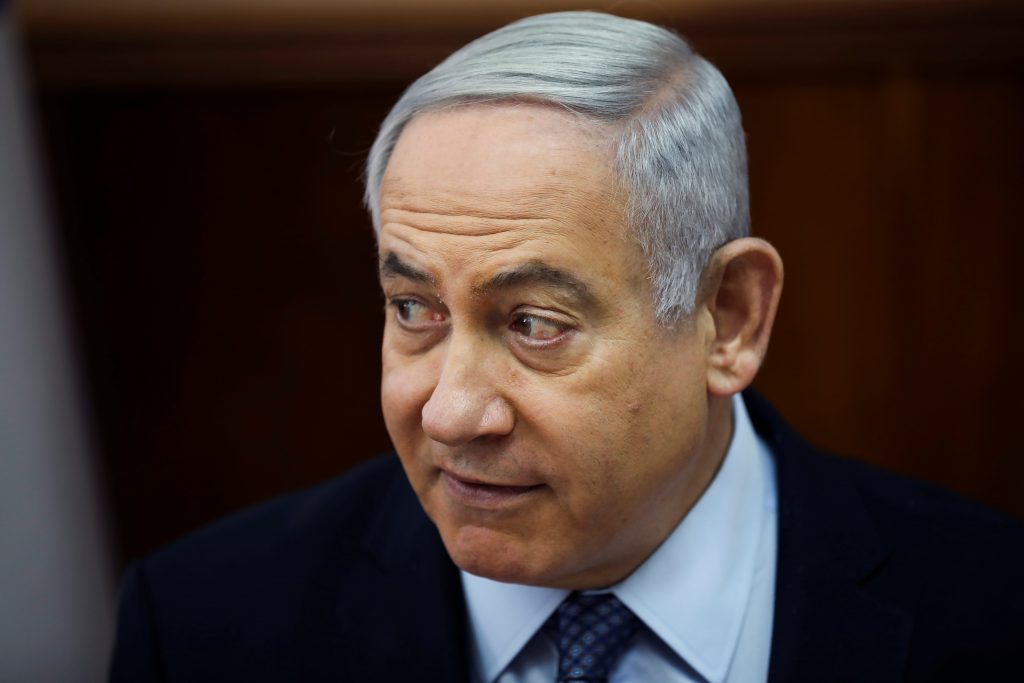 Prime Minister Binyamin Netanyahu is preparing for a third election campaign, Kan News reported – and is taking practical steps to ensure that the Likud and the right-wing bloc will have enough seats to form a majority coalition, the report said. While “anything can happen,” the report quoted a senior Likud official as saying, Netanyahu does not see a resolution to the political stalemate in which neither he nor Blue and White’s Benny Gantz will be able to form a lasting coalition.

The official said that Netanyahu now sees elections as the best option for him, and intends to ensure that he is able to form a government this time. Among the moves to ensure that: The appointment of the New Right’s Naftali Bennett as a minister before the election. The feeling is that with Bennett as a minister, supporters of the New Right who might otherwise have been tempted to sit out a third election will be motivated to vote, thus ensuring that the party is able to pass the electoral threshold and hopefully generate enough votes to give the Likud’s right-wing bloc 61 seats.

Weekend reports said that such an offer would be made by Netanyahu to Bennett, but the latter told Channel 12 that he was “unfamiliar with the story. I have not received any offers, not for Defense Minister or any other position. We’ll have to see, I will consider every possibility.”

As to whether he could successfully work with Netanyahu, Bennett said “I am not a friend of his and don’t want to be one. As soon as the election results came in I went to the Prime Minister and told him I was at his service in order to enable him to establish a government. I am not looking to be befriended or lauded, I am simply suggesting that a unity government be established for a limited period, a year and a half or so.”

Gantz is currently tasked with forming a government, but media reports Monday said that his job just got even harder: Gantz had asked Avigdor Liberman to commit to joining a government that he would form, but Liberman told Gantz that his Yisrael Beytenu party would not sign anything until it saw what kind of government Gantz was putting together.

Over the weekend, Liberman reiterated that he would not join or support a government that received any assistance from the United Arab List, even if that party only supported the coalition from outside the government.

Meanwhile, a poll by the Israel Democracy Institute shows that a clear majority of Likud voters would prefer a unity government headed by Gantz to third elections. Among Jewish voters, 60% of all voters preferred a unity government of any type to elections, while about half of Arab voters were prepared to go to new elections if necessary. Fifty-seven percent of left-wing voters want Gantz as prime minister, as do 64.5% of voters who classified themselves as centrists – while among Likud voters, nearly 60% said they would accept Gantz as prime minister if the alternative was new elections.