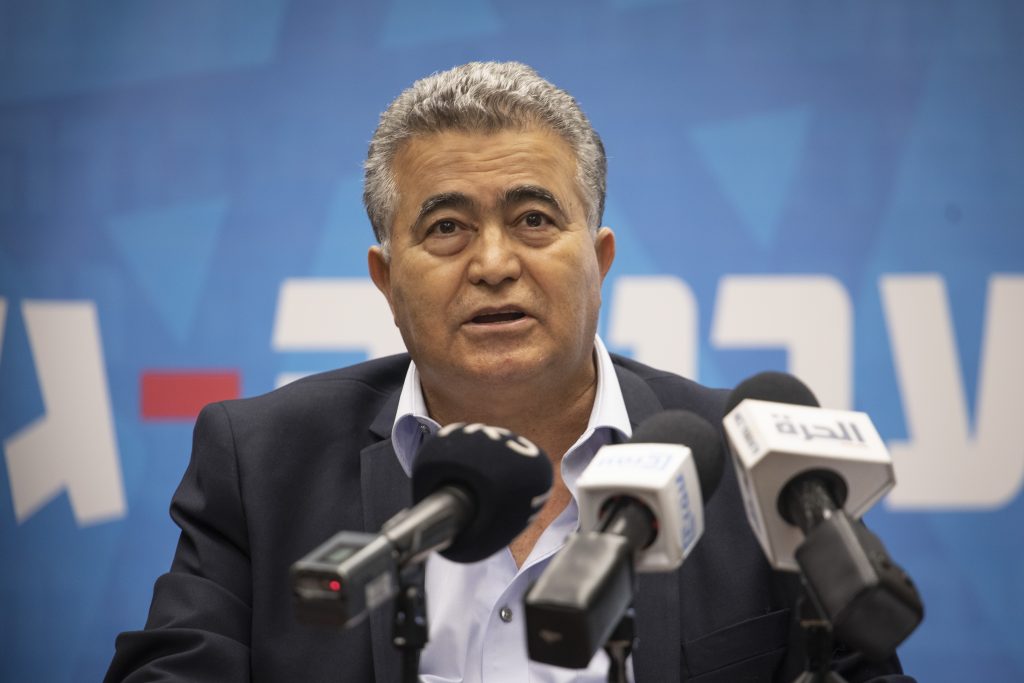 Labor party leader Amir Peretz injected a new element into the national political impasse: giving Hamas an ultimatum to either to demilitarize or face a major military operation.

Peretz made the proposal as “a demand for entering the coalition,” according to the Times of Israel, quoting a party source on Monday evening. It was not immediately clear whether that meant Labor would not join Gantz if he rejected the idea of such an ultimatum, or if it was simply a proposal to be discussed.

Speaking at a party meeting, the former defense minister said “the situation cannot continue as it is. Hamas is getting stronger and our deterrence is getting weaker. Hamas is not looking to get to a permanent resolution, and Israel simply has no answer.”

Peretz outlined a three-step process: First, “renewing coordination with the Palestinian Authority and the moderate Arab states over the Gaza Strip;” then, “presenting an ultimatum to Hamas: rehabilitation for demilitarization and preparation of the PA to take responsibility for the Strip, or Israel will embark on a broad military campaign to destroy their military capability and bring about the replacement of Hamas in Gaza”; and finally, “renewing diplomatic dialogue” over the future of Gaza.

Meanwhile Hamas chief Yahya Sinwar delivered a particularly belligerent speech on Monday: “We have a military force in the [Gaza] Strip that the enemy is making a big deal for. We have hundreds of miles of tunnels, hundreds of control rooms above and below the ground, thousands of anti-tank missiles and thousands of mortar shells.” He boasted that “we can turn the enemy cities into ghost towns if they decide to attack us,” The Jerusalem Post reported.

“The whole world must know that in Gaza there are about 70,000 armed young men from all the Palestinian factions, and we have young people who believe in the Palestinian cause and [will] achieve the purpose of the people,” he said.

Sinwar said that Hamas won’t allow the “humanitarian crisis” in the coastal enclave to continue. “We won’t wait for too long,” he said. Israel, he said, “should prepare for something big.”