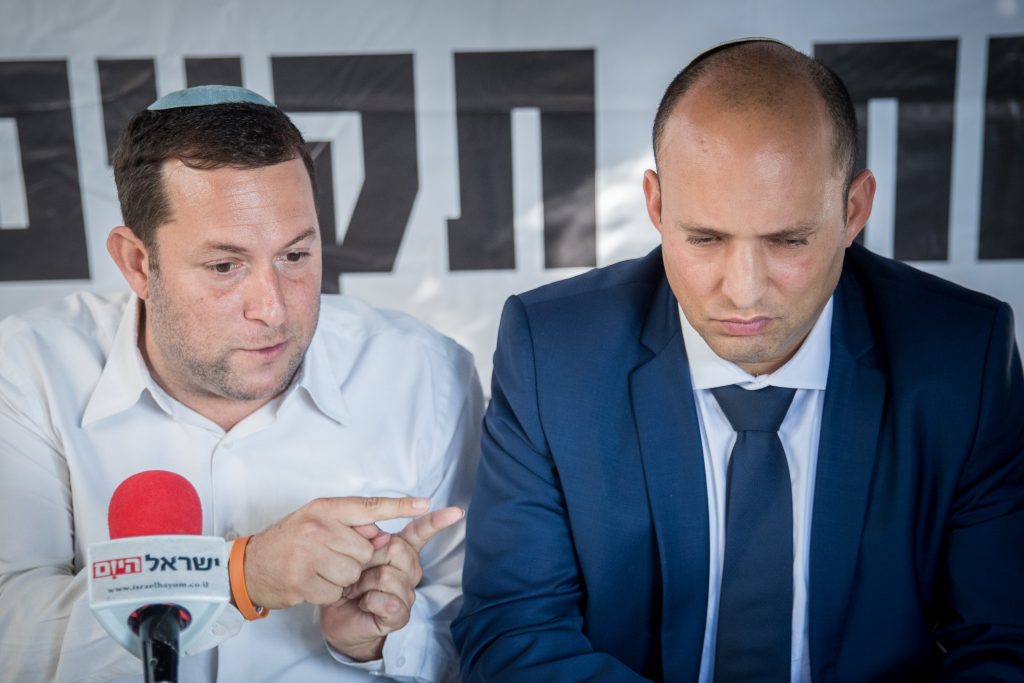 The final vote for the allocation of funds for construction of major highway projects in Yehudah and Shomron was passed Monday, with the support of rightwing parties – and of Yisrael Beytenu, which voted with the Likud and the rightwing bloc. The Knesset Finance Committee on Monday approved NIS 800 million ($227 million) for the completion of the Hawara bypass road in the Gush Etzion area, the Luban bypass road in western Shomron, and other projects, among them the improvement of cellular infrastructure in the region.

The projects were prompted after a major protest hunger strike by community leaders and families of victims of terror attacks in Yehudah and Shomron several years ago. The protests came to a head after the murder of Israeli police officer Baruch Mizrachi, Hy””d, who was killed in a terror attack on Erev Pesach 2014 in a shooting attack in the Har Chevron area as he was driving with his wife and children to a Pesach Seder, and many of the protests were spearheaded by his widow Hadas Mizrachi.

“You can’t drive to Kiryat Arba without getting attacked with rocks or firebombs,” she said at a 2017 protest outside the prime minister’s office. “Why do residents of Yehudah and Shomron have to suffer like this? I am here to demand that the government allocate funds to repair roads, and to increase cellular coverage so we can call for assistance when it is needed.” Had there been better cellphone coverage, Mizrachi added, it’s possible that she could have called for help more quickly and perhaps even saved her husband’s life. In response, Netanyahu promised NIS 800 million for projects that include several bypass roads, allowing Israeli drivers in Yehudah and Shomron to avoid passing through Arab villages, where traffic is slow and they are exposed to possible terror attacks.

Looking back on the struggle, Shomron Council head Yossi Dagan said that it was “embarrassing that families of terror victims and local leaders had to go on a hunger strike for this to happen. The budget for this was already approved two years ago, and there was no reason for its delay other than politics and anti-Jewish sentiments. These roads will serve both Jews and Arabs and increase safety and security for all. The discrimination against Jewish residents of Yehudah and Shomron, turning them into second-class citizens, must stop. The approval of this allocation today will do much to accomplish that.”