Citing pressing humanitarian concerns, Agudath Israel of America, the Orthodox Union, and the Coalition for Jewish Values, issued separate pleas last week to President Trump to terminate the parole of Jonathan Pollard so he can properly care for his wife who is suffering from advanced-stage metastatic cancer.

In their letters, the Jewish organizations stressed that the severe parole restrictions that were imposed on Mr. Pollard after he was released from prison nearly four years ago, constrain him from being able to provide his wife, Mrs. Esther Pollard with the assistance and care that she desperately needs at this very difficult and trying time.

In his letter, Rabbi David Zwiebel, the Executive Vice President of Agudath Israel noted that his organization “has for many years advocated for clemency for Jonathan Pollard, and we now plead on humanitarian grounds for the commutation of his sentence and the termination of his parole.”

Rabbi Zwiebel pointed out that “in order to simply accompany his wife to her doctor ‘s appointments and her chemotherapy sessions, which assistance she very much needs, Mr. Pollard is required by his parole conditions to give three days advance notice and submit a formal written request to leave Manhattan and go to wherever she needs to be taken. Unless he receives written permission, which is not automatic but can be denied and must be negotiated each and every time, he cannot accompany her.”

Echoing the case made in the Agudah letter, the Orthodox Union, in a letter signed by its president, Mark Bane, stressed that the harsh curfew that are part of the parole restrictions prevents Pollard from being able to step out of his apartment during evening at nighttime hours, no matter how pressing his wife’s need may be.

“On a daily basis, should his wife need medication, food or any other items between 7 p.m. and 7 a.m., Mr. Pollard’s strict curfew prevents him from procuring them for her,” Mr. Bane wrote. “And if, G-d forbid, she needs emergency medical care during that time, Mr. Pollard cannot go to the hospital with her.”

Mr. Bane concluded his letter by stating that “we respectfully request your intervention and ask that you bestow upon Mr. Pollard and his wife the compassion and mercy they so badly need at this time by granting Mr. Pollard his full freedom.”

“Jonathan Pollard was a model prisoner and has been a model parolee,” said Rabbi Pesach Lerner, President of the CJV in his plea. “Given his wife’s health and need for assistance reaching treatment locations, pharmacies and even basic needs, the current extreme limitations on Mr. Pollard’s movements are not merely an unjustified part of a disproportionate sentence, but are also causing him and his family unnecessary hardship during a very trying time.”

Rabbi Lerner, who has tirelessly advocated on behalf of the Pollards for decades, said that his organization calls “upon all relevant officials, including the President himself, to find an appropriate legal mechanism to immediately grant Mr. Pollard his freedom after 30 years behind bars and nearly four years of parole with harsh conditions.”

In a conversation with Hamodia shortly after his wife was diagnosed, Pollard said that the situation was a “a matter of life and death.”

“The cancer has spread to her bones,” Pollard revealed. “This is the greatest danger to life, and makes it critical for her to undergo intensive and aggressive chemotherapy treatment followed by surgery as soon as possible . She is likely to be incapacitated for long periods of time. I need to be able to take care of her. But in order for me to do so, I must be mobile.”

Readers are asked to continue to daven for Esther Yocheved bas Raizel Brachah. 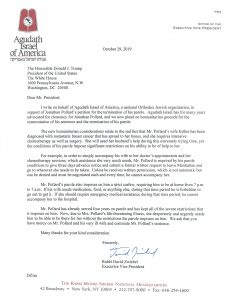 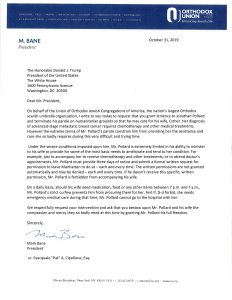 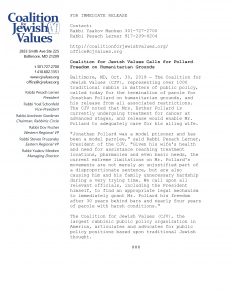 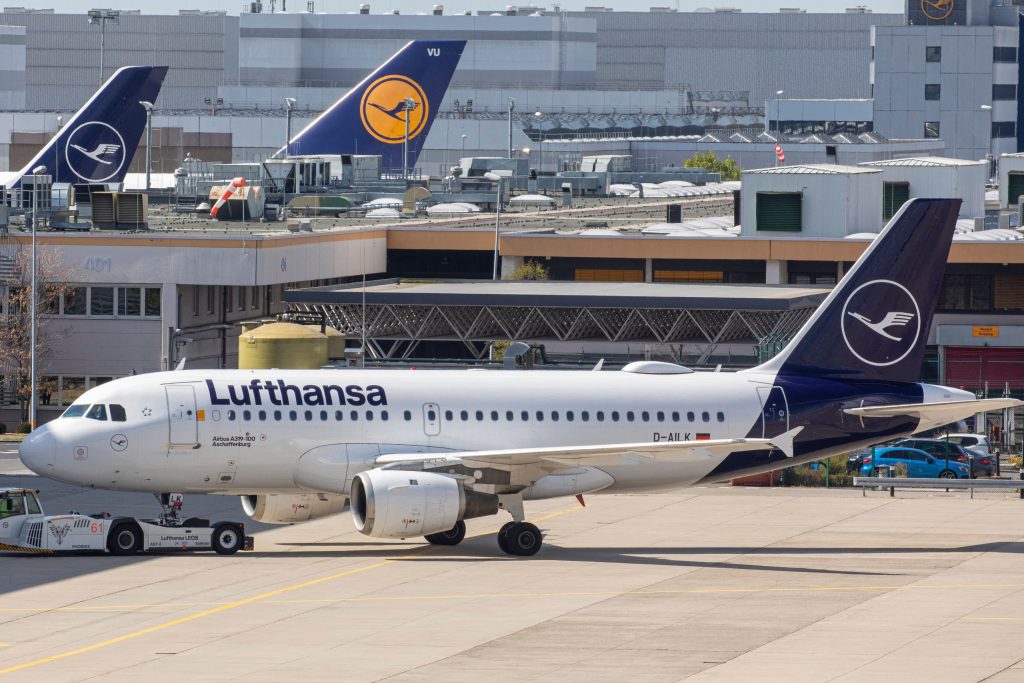