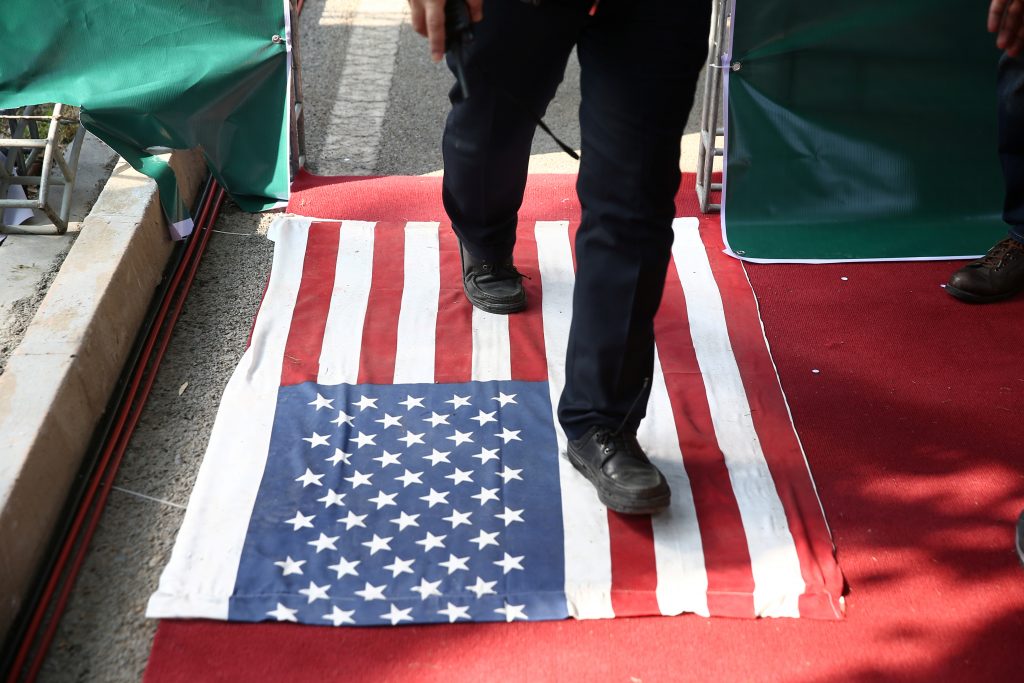 Thousands of Iranians chanted “Death to America” near the old U.S. Embassy on Monday, the 40th anniversary on the seizure of the mission and a day after Iran‘s supreme leader vowed it would not lift a ban on talks with the United States.

State media showed crowds packing the streets around the former mission, dubbed the “den of spies” after Iran‘s 1979 Islamic revolution. Marches and rallies were being held in some 1,000 communities across the country, state media said.

Hard-line Islamist students stormed the embassy soon after the fall of the U.S.-backed Shah, and 52 Americans were held hostage there for 444 days. The two countries have been enemies ever since.

Supreme Leader Ayatollah Ali Khamenei on Sunday renewed a ban on talks with the United States, describing the two countries as implacable foes.

“Those who believe that negotiations with the enemy will solve our problems are 100% wrong,” he said.

Relations between the two countries have reached a crisis over the past year since U.S. President Donald Trump abandoned a 2015 pact between Iran and world powers under which it accepted curbs to its nuclear program in return for lifting sanctions.

The United States has reimposed sanctions aimed at halting all Iranian oil exports, saying it seeks to force it to negotiate to reach a wider deal.

Khamenei has banned Iranian officials from holding talks unless the United States returns to the nuclear deal and lifts all sanctions.