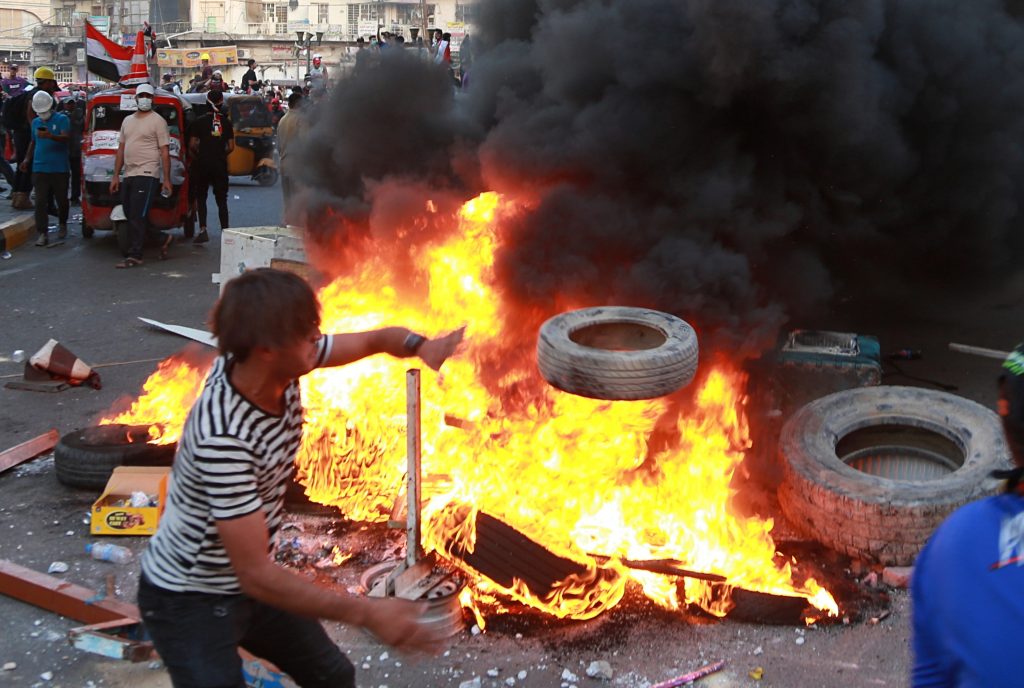 Foreign Minister Yisrael Katz took the side of Iraqi protesters against Iran on Monday, marking the first time a senior Israeli official has spoken out on violent demonstrations that have rocked Iraq in recent weeks.

“We sympathize with the Iraqi people’s protest for freedom & dignity,” Katz tweeted. “We condemn their repression and murder led by Qassem Suleimani & Iranian Revolutionary Guards,” a reference to allegations that Tehran has intervened in putting down domestic unrest in Iraq.

“The Iraqi people have a long & glorious history. Many Israelis from Iraq fondly remember years of living together,” Katz added.

In the latest incidents, three protesters were shot dead by Iraqi security forces who opened fire on a crowd trying to storm the Iranian consulate in Karbala overnight; while another five people were said to have been killed by security forces on Monday..

The leader of the Iranian-backed Asa’ib Ahl al-Haq Iraqi militia group, Qais Khazali, accused Israel and the United Arab Emirates of playing “a bigger role than the U.S. and Saudi Arabia” in the protests.