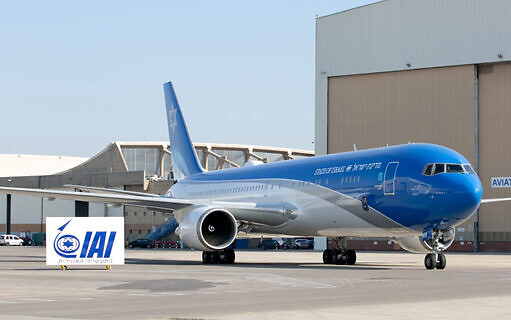 A plane that will be used by Israel’s prime minister and president – dubbed the local version of “Air Force One,” the plane used by the president of the United States – is set for a test run Sunday, Israel Aerospace Industry officials said. In its test flight, the plane will fly for several hours as engineers and officials check out its engines, components and security systems.

The first official state plane in Israel is a modified Boeing 767ER, and has been in preparation for years. Few details have been released about the plane, but reports say that it has advanced security systems, including systems to protect it against rocket attacks. In a statement, IAI said that the plane had been engineered to the highest degree of efficiency and safety, and includes a wide variety of systems that will ensure that it fulfills its mission as needed.

On Thursday, engineers noticed smoke emitting from the brake area, leading them to pull the plane back into its hangar for further investigation. The plane, which had been set to take off Thursday for the first time, set off an emergency alert at Ben Gurion Airport.

The plane was purchased from an Australian airline, where it had been in use as a passenger plane for 20 years. The remodeling is said to have cost over $200 million, and the plane is the first one dedicated for use by Israel’s top government officials. Until now, prime ministers have generally flown in IDF planes.