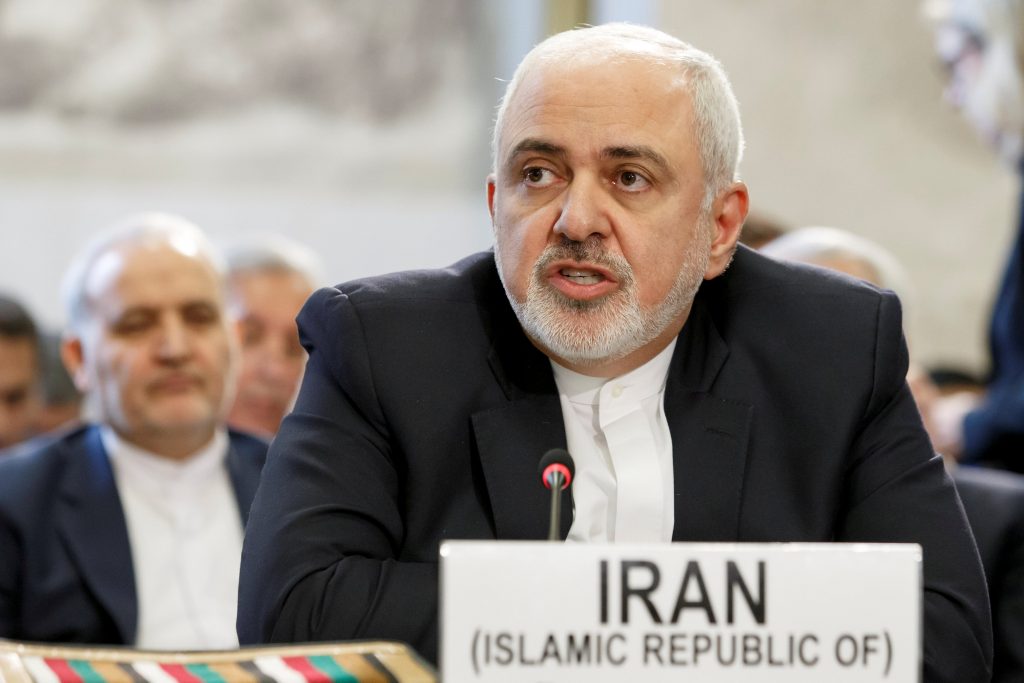 “Rather than dig itself deeper, US should abandon failed policies & return to #JCPOA [the 2015 nuclear deal],” Zarif tweeted.

The U.S.-Iranian confrontation has intensified since last year, when U.S. President Donald Trump withdrew from Iran’s agreement with world powers and reimposed sanctions that have crippled Iran’s economy to force Tehran to renegotiate the pact.

Washington on Thursday imposed sanctions on the Iranian construction sector and trade in four materials used in its military or nuclear programs.

Iran refuses to hold any talks with its longtime foe the United States unless Washington lifts sanctions on Tehran.

In retaliation for Washington’s “maximum pressure” policy, Iran has gradually scaled back its nuclear commitments since May and has said it will take further steps if European parties to the deal fail to shield its economy from U.S. penalties.