Israel Bennett: Netanyahu Can Negotiate Unity Deal Without Us
Israel 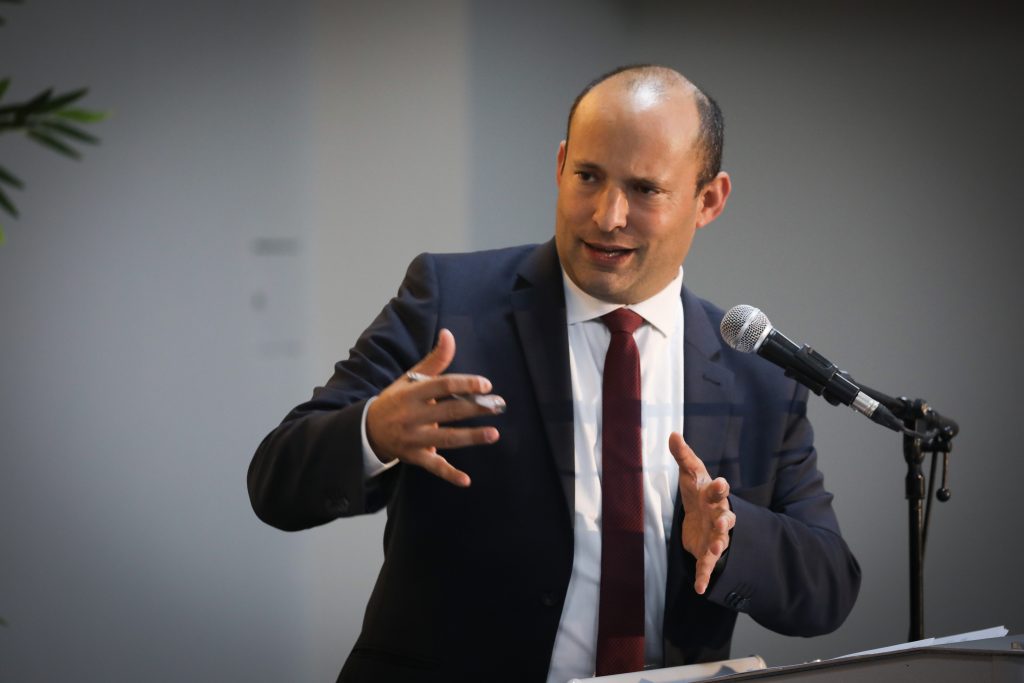 If forming a government with the New Right party as part of the rightwing bloc is impossible, then Prime Minister Binyamin Netanyahu is exempt from doing so, MK Naftali Bennett said Motzoei Shabbos. Speaking to Channel 12, Bennett said, “I release Netanyahu from any obligation to me and to the New Right. A new government needs to be formed.”

In the interview, Bennett stressed the importance of that. “I am prepared to sit in the opposition. The main thing is that a government has to be formed now. The country is in a crisis now.” With the New Right and other parties in the rightwing bloc out of the picture, Netanyahu will be more easily able to negotiate with Blue and White’s Benny Gantz to form a government, he said.

“I realize I am a roadblock to the establishment of a government, and am prepared to remain outside the government,” Bennett said. “I am in constant contact with the prime minister and with Gantz. The ball is in both their courts. Everyone has to compromise; Gantz also has his ‘three no’s.’ I will meet with him anytime and anywhere in order to convince him to enter into a unity government with Netanyahu.”

Bennett also commented on reports that Netanyahu was preparing to offer him a ministry position. “I heard about this only on Motzoei Shabbos, and I am unfamiliar with the story. I have not received any offers, not for defense minister or any other position. We’ll have to see, I will consider every possibility.”

As to whether he could successfully work with Netanyahu, Bennett said, “I am not a friend of his and don’t want to be one. As soon as the election results came in I went to the prime minister and told him I was at his service in order to enable him to establish a government. I am not looking to be befriended or lauded, I am simply suggesting that a unity government be established for a limited period, for a year and a half or so.”