National Not Out of Woods Yet, But Winds Driving California Fires Die
National 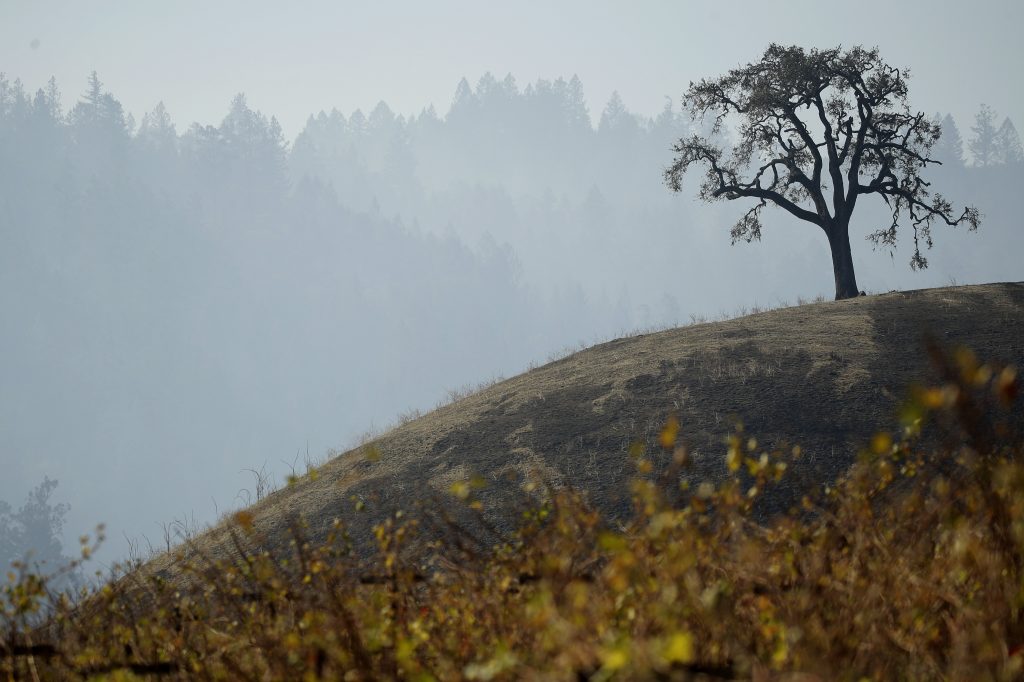 Calmer weather allowed crews to increase containment on wildfires after a three-week siege of gusts fanned blazes across California and led utilities to cut power to prevent winds from blowing branches into electric lines and igniting an inferno.

Winds subsided in virtually all parts of the state, though Red Flag warnings for fire danger because of winds and ultra-dry conditions remained in place through Friday evening for some inland areas to the north and west of Los Angeles.

Lingering winds were blamed for churning up a wildfire that erupted Thursday evening and quickly spread from a hilltop near Santa Paula, north of Los Angeles.

Authorities in Ventura County ordered evacuations for about 7,500 people in an area that includes roughly 1,800 buildings as the blaze threatened the small, unincorporated rural community of Somis.

Hundreds of firefighters raced to attack the blaze, which initially was fanned by moderate winds and then was fueled by tinder-dry brush in canyons. It grew in only a few hours to around 7,400 acres — just over 11 square miles — before midnight.

Ventura County Fire Assistant Chief John McNeil estimated that the fire could reach around 12,000 acres before running out of fuel. Ventura County Sheriff Bill Ayub said a small drone that appeared to be “looking at photography of the fire” interfered with aerial firefighting efforts Thursday.

Meanwhile, dozens of local schools across several districts announced Friday closures because of what officials dubbed the Maria fire.

For most of October, fires sprang up across the state, forcing residents to flee homes at all hours as flames indiscriminately burned barns, sheds, mobile homes and multimillion-dollar mansions.

The good news was that dry, dangerous winds that swept both ends of the state this week had mostly subsided and forecasters predicted an upcoming week of placid conditions.

Nearly 200,000 Sonoma County residents were allowed to return home even as the 120-square-mile fire that forced them to evacuate continued to burn. At least 140 homes were destroyed.

Evacuations were also lifted for two small fires fed by gusts up to 60 mph (96.5 kmh) that destroyed homes early Thursday in the heavily populated inland region east of Los Angeles. One of those blazes, in Jurupa Valley, was caused by dry grasses ignited when a stolen car chased by police tried to escape through fields.

The wildfires came even as many were in the dark from the intentional outages.

In places where the power stayed on, utility lines and other electrical equipment were suspected or confirmed as the cause of several fires, including the one in Sonoma, and another that started on a hillside above the San Fernando Valley of Los Angeles, and one that burned around the Ronald Reagan Presidential Library in Simi Valley on Wednesday.

Pacific Gas & Electric finished restoring power to dozens of counties in the north and central regions after a third round of shutoffs this week designed to protect power lines from being damaged or toppled by high winds and sparking fires.

However, about 80,000 Southern California Edison users remained without power by late Thursday night.

The most devastating wildfires in California’s history have occurred in the past two years in the fall, fueled by a combination of built-up brush, dry conditions and extreme winds. The anniversary of the deadliest of those — last year’s fire that torched the town of Paradise and killed 85 — is next week.

The state experienced a wet winter with a large snowpack, and temperatures and wind speeds didn’t spike simultaneously over the summer, which has led to a less destructive fire season overall.

Acreage burned this year is down nearly 90% from last year and 80% below the five-year average over the same period, according to figures compiled through Sunday by the Department of Forestry and Fire Protection.

The moisture, however, has fueled explosive growth of grasses that have now shriveled into golden and brown tinder.