Israel No Breakthroughs in Gantz Meeting with Arab MKs
Israel 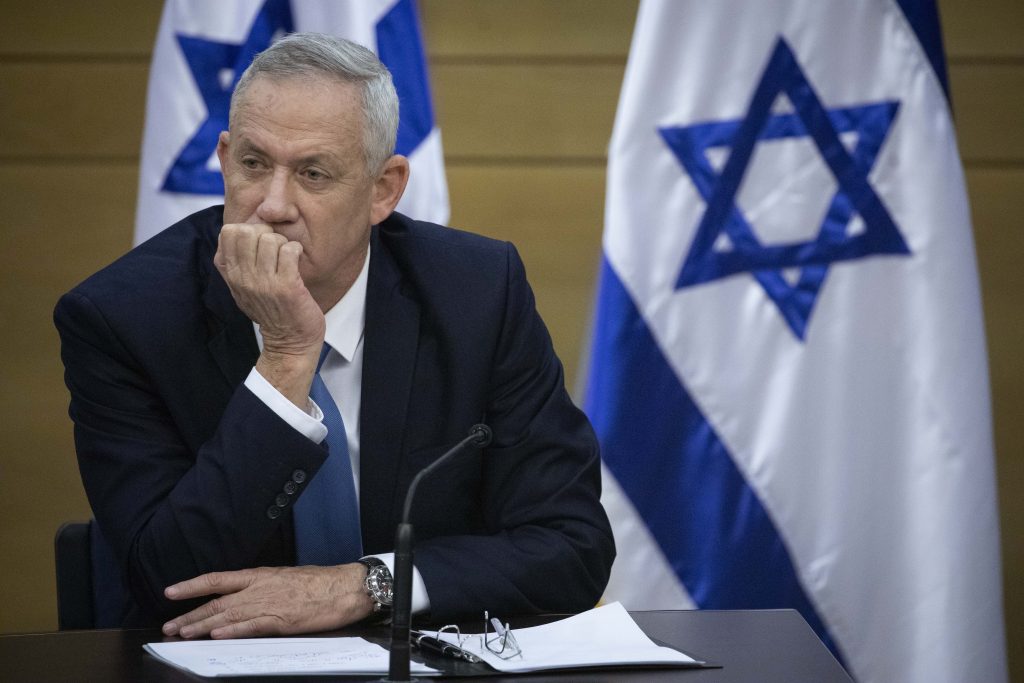 A meeting between Blue and White chief Benny Gantz and senior Joint List MKs Ayman Odeh and Ahmad Tibi on Thursday evening promised no breakthroughs toward forming a new government with help from the Arab sector.

After the hour-long meeting, the Joint List put out a statement suggesting that it was little more than pro-forma, despite statements earlier in the month about the possibility of supporting a Blue and White-led minority coalition from the outside.

“Pressing issues for the Arab community were raised during the meeting including the issues of crime and violence, building and planning and general economic and political matters,” a spokesman said, according to The Times of Israel.

“Tibi and Odeh affirmed the Joint List’s support for a real political process that leads to the end of the occupation and the establishment of a Palestinian state in the framework of a two-state solution,” he added, stipulations broad enough to mollify critics within the Arab community without necessarily ending talks with their Zionist interlocutors.

Responding to warnings from Likud that a government based on Arab support would be “dangerous,” said, “we remain true to the values ​​of peace and equality and as always welcome the Likud’s hysteria.”

Meanwhile, on the Likud front there did not seem to be any progress toward a unity government.

After the apparently inconclusive talk with Joint List, Gantz told a party gathering on Thursday night that if the country is forced into another election it will have been Prime Minister Binyamin Netanyahu‏‏’s fault.

“We were only dragged into these elections [in September] so Netanyahu could pass his immunity law. That didn’t happen and it never will,” he said, referring to legislation that would provide immunity from prosecution in criminal investigations of the prime minister.

“I’m determined to form a broad, liberal unity government, but I’m not here to do anyone else’s dirty work,” Gantz said.

“But due to some party leaders’ reluctance, another election might be inevitable,” he said.

“What’s been happening in recent days needs to stop. It cannot be that while we are fighting for our country, Netanyahu is sending his people out to attack the police, media or the state prosecutor’s office.”

The meeting on Thursday morning was set to be a routine negotiating session between teams of Likud and Blue and White officials as the latter’s head, Benny Gantz, seeks to forge a government led by him – but the session took on additional import as Gantz himself, accompanied by his partner Yair Lapid, attended the session. The Likud was not impressed, with a source quoted as saying that the reason Lapid attended the session was apparently “to make sure that Gantz does not agree to a unity government, since he is the one pushing for new elections.”

Likud MK Yariv Levin, who leads the Likud negotiating team, was not impressed either, saying that the arrival of the two top Blue and White figures was a “media stunt,” and that it was clear that the negotiations were going nowhere. “This is just public relations designed to hide the fact that Blue and White continues to refuse to accept the compromise recommended by President Reuven Rivlin, and instead seeks to form a minority government with the United Arab List,” Levin said after the meeting.

“I offered Gantz and Lapid my services as a translator of Arabic for their meeting with Ayman Odeh later, because apparently that is where the real negotiations are going to take place,” Levin added. The meeting between Gantz and Odeh is scheduled for Thursday afternoon.

Levin was pessimistic at the beginning of the meeting, as well. Speaking before the meeting, Levin said that the Likud team “is here with a heavy feeling that we are apparently engaging in ‘fake negotiations.’ Today we intend to again ask Blue and White if they are prepared to declare that they are not seeking to form a minority government that relies on Arabs and are ready for serious negotiations based on the framework laid out by President Reuven Rivlin. Unfortunately, I do not expect to hear an affirmative answer for that this time as well.” This is the second meeting between the two parties’ negotiating teams.

The Rivlin plan entails a unity government between the Likud and Blue and White, as well as any other parties that care to join, based on whether they are in the right or left bloc. Ministries would be split down the middle between the blocs, and Netanyahu and Gantz would enter a rotation agreement for the prime minister’s seat, with Netanyahu going first. If State Attorney Avichai Mandelblit recommends indictments after the hearing process going on now over the corruption cases Netanyahu is implicated in, the prime minister will suspend himself until the issues are resolved legally. At that point, Gantz will become acting prime minister.