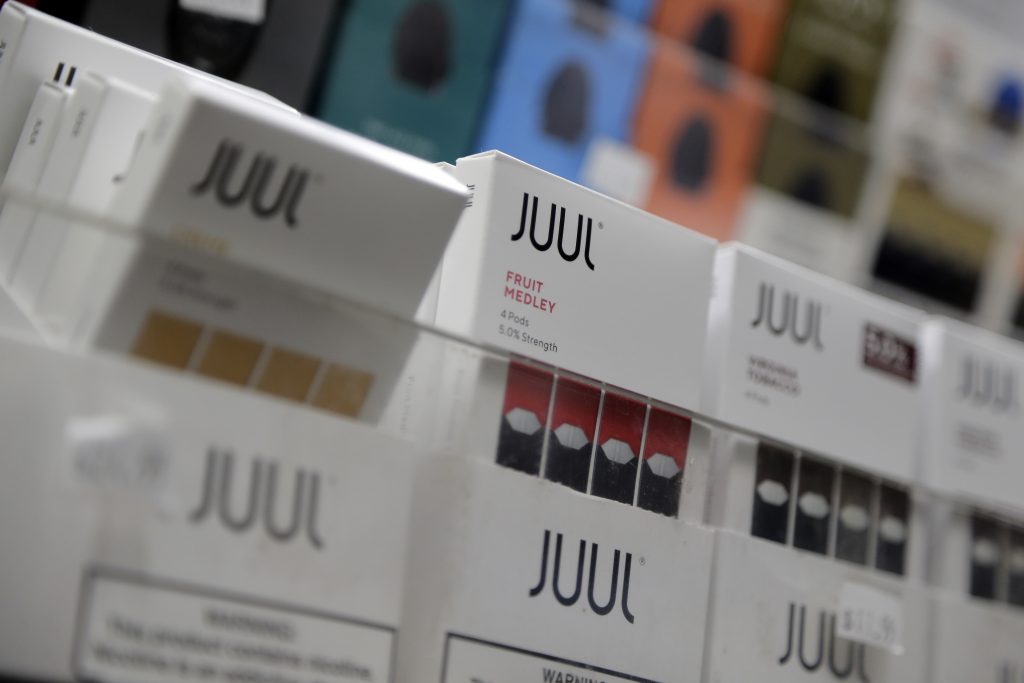 WASHINGTON (AP) — Altria swings to a loss in the third quarter as it writes down the value of its investment in e-cigarette maker Juul. Altria had bought a stake in Juul less than a year ago, but since then Juul has been hit by new federal and state investigations into its marketing amid an explosion of underage vaping.

MILAN (AP) — Fiat Chrysler and France’s PSA Peugeot will merge forces to create the world’s fourth-largest automaker. Under the agreement announced Thursday, the new company would have enough scale to confront big shifts in the industry, including a race to develop electric cars and driverless technologies. Fiat Chrysler has a strong footprint in North America, while Peugeot is the No. 2 automaker in Europe.

CEO Hints FCA May Not Want Same Contract as GM

WASHINGTON (AP) — Obamacare’s 2020 signup season is getting underway. Premiums are down slightly in many states and consumers have more health plans to pick from. Low-income people in most counties can even find a basic plan for zero premium, says a new study. But the number of uninsured Americans has been rising again and it doesn’t look like the favorable outlook for HealthCare.gov can reverse that. Open enrollment for subsidized coverage under the Affordable Care Act starts Nov. 1 and ends Dec. 15.

WASHINGTON (AP) — The Senate passed a long-overdue, $209 billion bundle of spending bills Thursday. But a bitter fight over funding demanded by President Trump for border fencing is imperiling broader hopes of advancing $1.4 trillion worth of annual Cabinet agency budgets. There has been little progress, if any, on the tricky trade-offs needed to balance Democratic demands for social programs with President Donald Trump’s ballooning border-wall demands.

(AP) – Kraft Heinz Co. said its third-quarter net income jumped 45% to $899 million as it completed the sale of its Canadian natural cheese business. But the maker of iconic food brands is still struggling to find its place in a rapidly changing market. Sales are faltering as consumers increasingly seeking fresh, minimally processed foods.