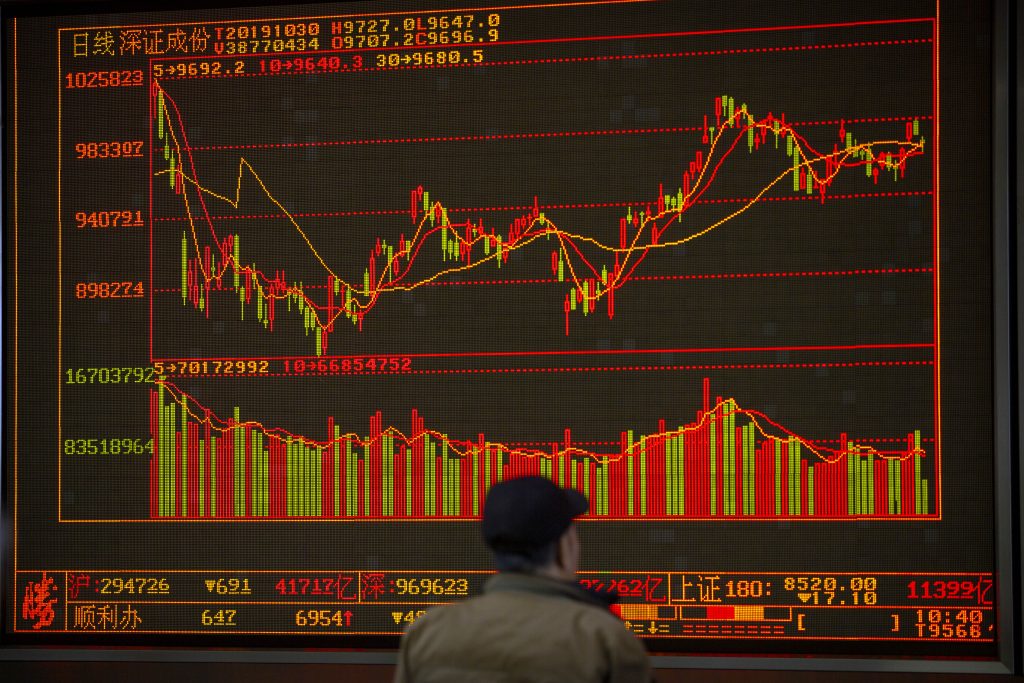 Investors welcomed the Fed’s third rate cut this year to shore up economic growth amid a bruising U.S.-China trade war. The Fed indicated it won’t cut rates again unless the outlook worsens.

The Fed has “ample time to add a few more gallons of high octane to the tank and boost a sputtering U.S. economic engine,” said Stephen Innes of Oanda in a report.

With its latest rate cut, the Fed has nearly reversed four rate hikes made in 2018.

The central bank’s latest move reduces the short-term rate it controls — which influences many consumer and business loan rates — to a range between 1.5% and 1.75%.

The Commerce Department said U.S. economic growth slowed to a modest 1.9% in the July-September quarter. That surpassed forecasts for even weaker growth, however.

Meanwhile, a monthly gauge of Chinese factory activity declined more than expected for October amid weak consumer demand and a tariff war with Washington.

The purchasing managers’ index of the China Federation of Logistics & Purchasing, an official trade group, declined to 49.3 from September’s 49.8 on a 100-point scale on which numbers below 50 show activity contracting.

Chinese economic growth has been hurt by weakening consumer demand as shoppers, jittery over the trade war and possible job losses, put off purchases of cars and other big-ticket goods.

Exporters have been hurt by President Donald Trump’s tariff hikes on Chinese imports in a fight over Beijing’s technology ambitions and trade surplus but the impact on the overall economy has been limited.

The latest data suggest an improvement at the end of the previous quarter “didn’t mark the start of a sustained recovery,” said Julian Evans-Pritchard of Capital Economics in a report.

Japan’s Industry Ministry reported industrial output rose 1.4% in September over the previous month, but forecasters said activity for the rest of the year is likely to be weak.