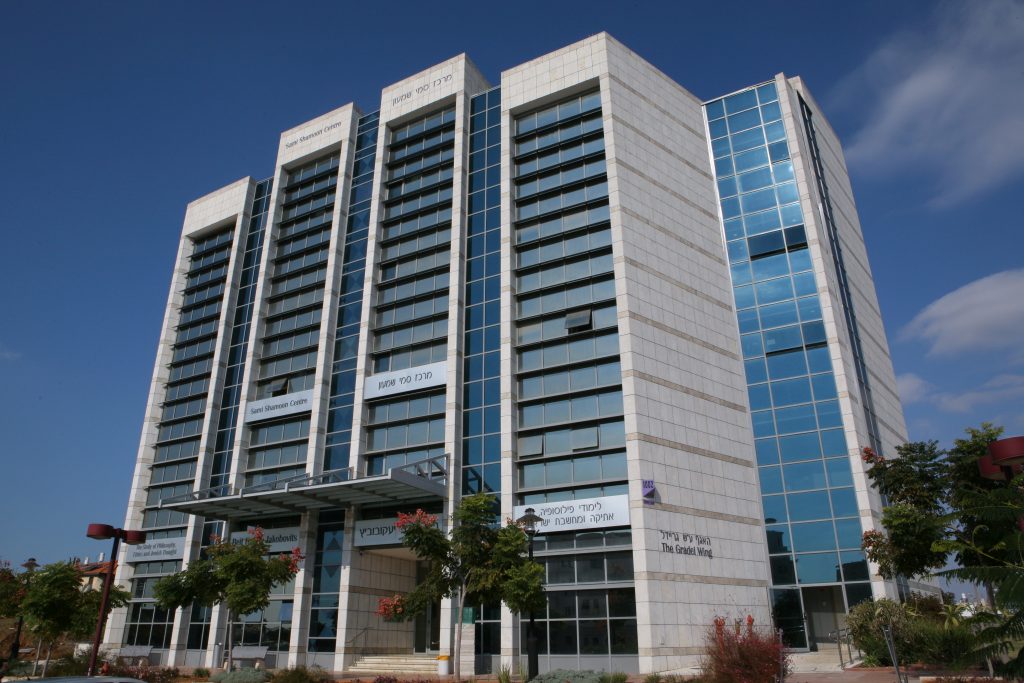 Bar Ilan University may have slammed him for his comments on who really killed Yitzchak Rabin, but hundreds of Bar Ilan students have signed a petition supporting Dr. Mordechai Kedar. The support came as politicians from left to right – from Prime Minister Binyamin Netanyahu and down – slammed him for his remarks, and his employer, Bar Ilan University, called him on the carpet for a hearing prior to a possible dismissal.

The petition was organized by members of the rightwing Im Tirzu organization, calling the university and the media “hypocritical” for attacking Kedar. “Dr. Kedar invests much of his time and effort to defend Israel, to answer the lies, incitement and propaganda against Israel and its citizens,” the petition said. “He does this out of a true sense of mission for the Jewish people, at the same time that Israeli academia is rife with ‘academics’ whose salaries are paid by Israeli taxpayers, and whose main job seems to be denigrating Israel, supporting BDS, and providing indirect support for haters of Israel and Zionism. In light of all this, Bar Ilan University has decided to pick on Dr. Kedar and haul him in for a disciplinary hearing, and to prevent him from representing the university.”

Kedar, a lecturer at Bar Ilan University and a research associate of the Begin-Sadat Center for Peace, and considered an expert on Arabic language, culture and politics, dropped a bombshell at a rally Tuesday night in support of Prime Minister Binyamin Netanyahu. Turning his attention to issues of right vs. left in Israeli politics, Kedar stressed that the differences did not begin with Netanyahu – and that accusations that “the right” killed Prime Minister Yitzchak Rabin were wrong.

It was not Yigal Amir who did the deed, he said, but a Shin Bet agent – and he had proof, in the form of a document by investigators that expressed “grave doubt” that Amir killed Rabin. The document lists a number of more likely suspects – including one with the initials Y. R., whom Kedar believes is the guilty party.

“After 25 years the time has come to investigate the Rabin murder,” Kedar said. “The initial investigation was conducted by an Israeli expert in the field of physics, Nachum Shachaf.” Based on his findings, “it’s not at all clear that Amir killed Rabin. Why is Amir in solitary confinement? Is it to keep him quiet? Rabin was killed by one of his staff, under orders from a top politician who was afraid that Rabin was planning to back away from the Oslo Accords.”

Instead of seeking the truth, Kedar said that the left preferred to use the Rabin murder as a method of marginalizing the right. “The left blames the right, the left blamed Bar Ilan University for the death of Rabin,” because Amir had been a student there. “We are tired of this blood libel. We want a state investigation that is not politically biased and will examine all the documents and findings relating to the murder.”

In a statement Wednesday, Bar Ilan stressed that Kedar did not represent the university – and indeed, he would not do so at a conference in South America that he was scheduled to attend next week. Instead, Kedar will appear at a disciplinary hearing, where the university will discuss his future. A report on Army Radio said that firing Kedar would be difficult, because he is the tenured head of a department – but that the university was considering it anyway. Kedar, for his part, has no regrets about what he said. “If the university demands that I apologize, they will get a resignation letter. I can tell you that definitively,” Kedar told Channel 12 in an interview.

In a statement Wednesday, Netanyahu slammed Kedar’s comments. “I condemn these comments,” Netanyahu said in a social media post. “This is nonsense. Yigal Amir killed Yitzchak Rabin, z”l.” Labor head Amir Peretz blamed Netanyahu for the comments, saying that “the mouth belongs to Kedar, but the spirit of his comments are of the Netanyahu who stood on the balcony in Zion Square” weeks before the murder of Rabin, speaking against the Oslo Accords.

This weekend marks the 24th anniversary of Rabin’s murder, and as usual a rally will be held in Rabin Square in Tel Aviv to commemorate the occasion. Benny Gantz, Blue and White party head, will be the featured speaker, but Netanyahu has not been invited. Also off the list is Labor head Peretz. Members of Labor and the Democratic Camp slammed the decision. It is “ridiculous to ban the head of the party that Rabin himself built and belonged to,” said MK Itzik Shmuli. “The point of this event is to remember the legacy of Rabin, not to eliminate it.”