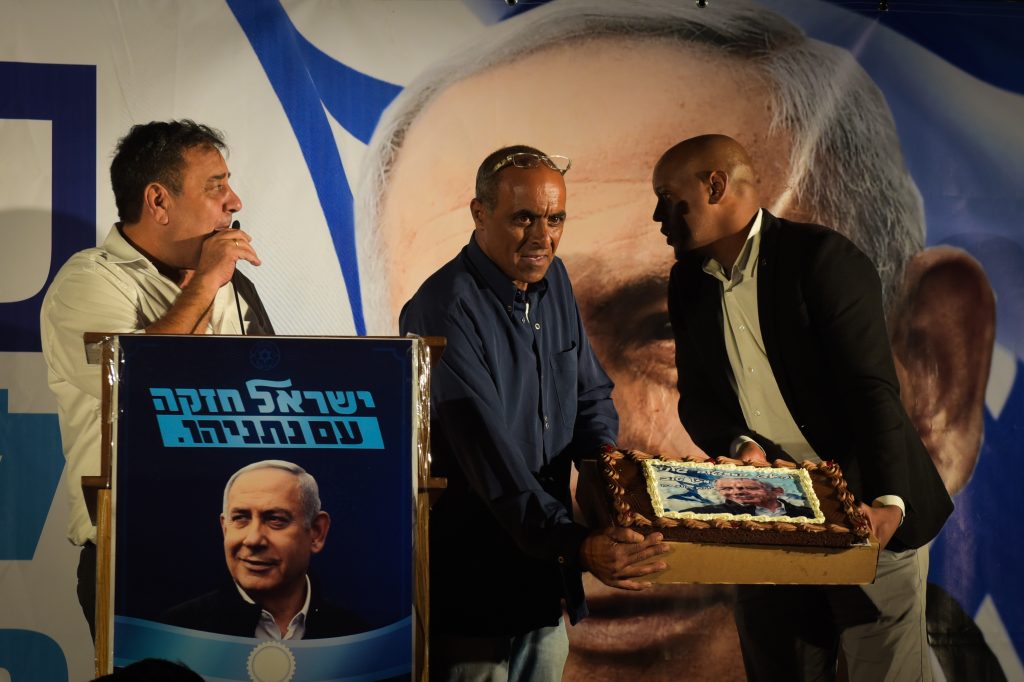 Thousands of Israelis gathered at Goren Square in Petach Tikvah Tuesday night to protest police questioning of top Likud officials – and the seizure and examination of their personal devices by police without a warrant – and demanding that State Attorney Avichai Mandelblit, outside whose house the protest took place, investigate the matter.

Protesters held signs demanding “legal justice,” and that the Prosecutor’s Office be investigated for “persecuting” Prime Minister Binyamin Netanyahu. The protest came after Justice Minister Amir Ohana slammed prosecutors, saying that they were “doing anything they could to justify this persecution.” Prosecutors were “trying to make themselves a party to political matters.” In response, Mandelblit, in a joint statement with prosecutors, said that they “rejected any attempt to besmirch those responsible for carrying out the law.”

Mandelblit has demanded answers from police investigators over their examination of personal data on devices belonging to top Likud officials. The demand came after Yonatan Urich, one of the four, said that police had examined his device and looked at data that had nothing to do with the ostensible reason for his questioning. In a letter to Mandelblit, Urich’s attorney said that police had examined conversations between Urich and another detainee, Ofer Golan, a spokesperson for the Netanyahu family. Police did not inform his client that he had the right to refuse to submit his device for examination.

According to the letter, Urich observed the police officer who seized his device and copied data off it, while examining conversations that were not related to his questioning. Urich said that he had seen the officer copy the data into a file called “final aspects of Case 4000,” indicating that the data was being used for another investigation that he was not being questioned for. Such data, the letter to Mandelblit said, was tainted, as it was acquired under false pretenses and without consent or a warrant.

The four Likud officials were being questioned on the alleged harassment of Filber, a principal in Case 4000, also known as the Bezeq-Walla News Case, an influence-peddling probe that alleges that Netanyahu offered his good services to Israeli billionaire Shaul Elovich in return for positive coverage on the Walla news site. According to Filber’s attorneys, their client never filed a complaint with police, and “he has not felt threatened in real time or even after the fact. Protests outside his house do not bother him, as they are no different than protests outside the houses of public officials who are just doing their jobs.”