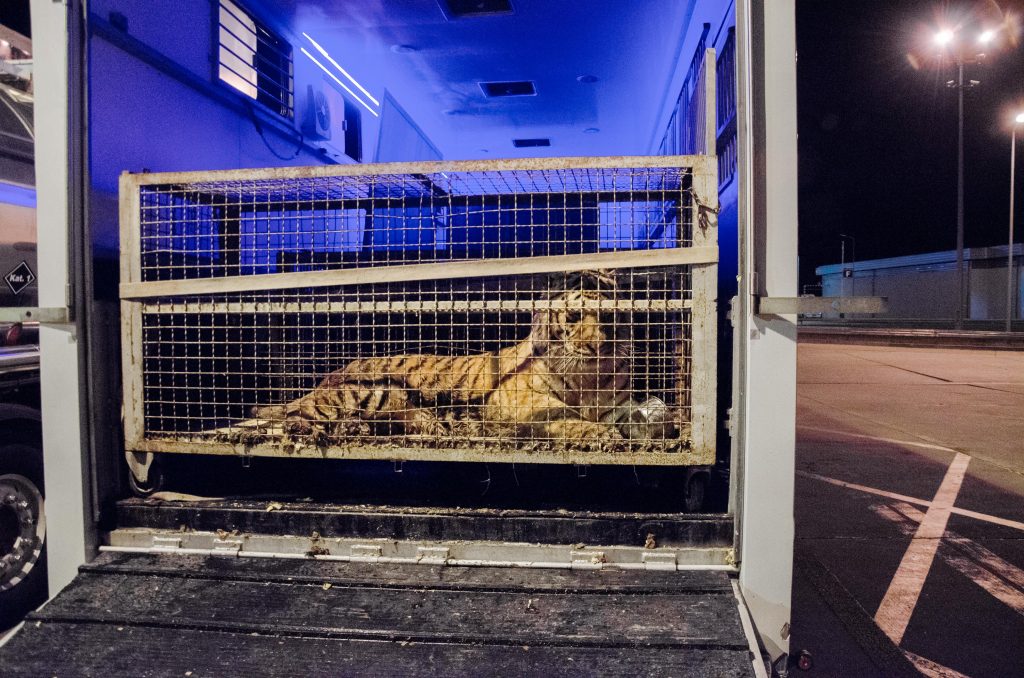 A Polish zoo will take in nine tigers originally bound for a Russian circus and which have spent days stuck in cages on a truck stranded at Poland’s border with Belarus, the zoo’s director said.

The truck set off from Rome carrying 10 tigers but was stopped after driving almost 2,000 kilometres at a Polish/Belarus border crossing on Sunday, as the animals lacked the necessary veterinary permits and the driver did not have the correct paperwork to continue into Belarus, Polish broadcaster TVN 24 reported.

One of the tigers died on Tuesday, a Polish official said.

The border had no facilities for unloading the tigers.

“I hope the tigers will reach us today, time is against us,” Ewa Zgrabczynska, director of Poznan zoo in western Poland, told TVN.

“The animals are locked up, unfed with nothing to drink, it is a huge tragedy.”

The death of one of the tigers was probably due to problems with its stomach, Deputy Border Veterinarian Eugeniusz Karpiuk said.

Zgrabczynska said the animals would stay in Poznan until they received documents to be transported to an animal reserve in Spain.

“We are trying to organize some rest … so they can gather their strength for further travel,” Karpiuk said, adding the tigers had been fed and given water.