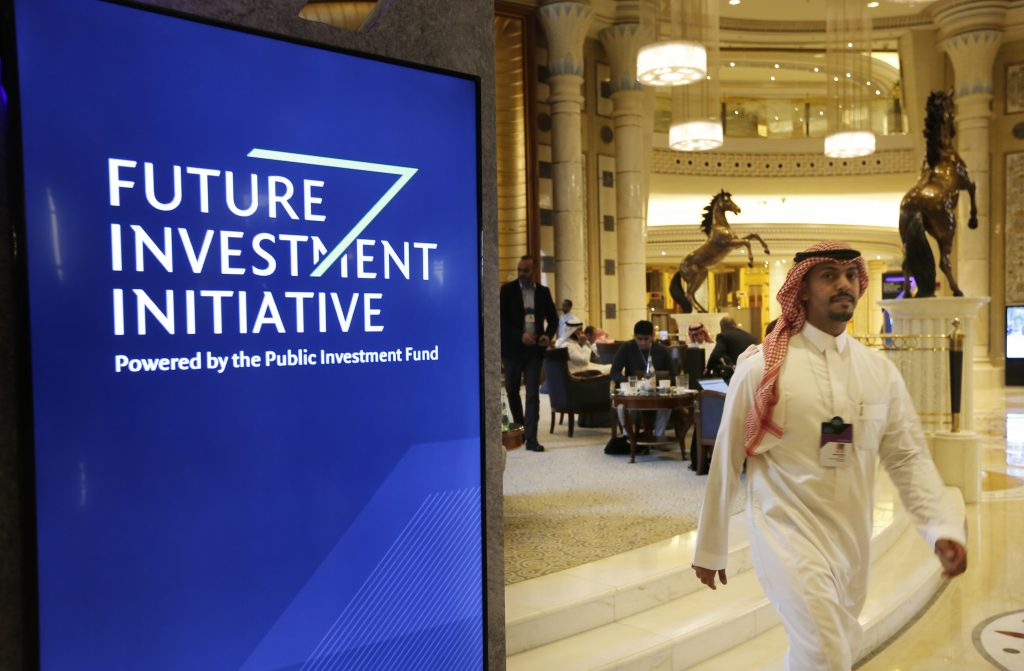 The report by Dubai-based Al-Arabiya offered a crackle of life to the Future Investment Initiative in the kingdom’s capital of Riyadh, an event created by Saudi Crown Prince Mohammed bin Salman. Initial panels at the event offered a pessimistic look at a world, as participants described the global economy, as a teetering on a 1930s-level crisis.

Prince Mohammed, however, hopes for a very-optimistic $2 trillion valuation for Aramco, which produces 10 million barrels of crude oil a day and provides some 10% of global demand. That would raise $100 billion he needs for his ambitious redevelopment plans for Saudi Arabia.

However, economic worries, the trade war between China and the U.S. and increased crude oil production by the U.S. has depressed energy prices. A Sept. 14 attack on the heart of Aramco already spooked some investors, with one ratings company already downgrading the oil giant. Meanwhile, questions persist over how the initial public offering will be handled even as Saudi Aramco offers sweeteners and promises of an estimated $75 billion dividend next year.

The report by Al-Arabiya did not elaborate and cited anonymous sources for the information. However, the channel often breaks news before even the kingdom’s state-run media, and is widely believed to have a direct line to the Al Saud royal family.

The station’s English arm offered more details, saying that a final price for the stock will be set Dec. 4, with shares then beginning to be traded on the Riyadh-based Tadawul Stock Market on Dec. 11. It added that the Saudi Capital Markets Authority will make a formal announcement about the initial public offering (IPO) plans on Sunday. Pricing will begin Nov. 17, it said.

“The Aramco IPO is a cornerstone of Saudi Arabia’s Vision 2030 plan, which aims to wean the kingdom off its reliance on oil to diversify the economy,” the report stated.

Saudi state media and government officials did not immediately acknowledge the report. There also have been other delays in the IPO as well, which had analysts still skeptical.

The Future Investment Initiative drew 6,000 people and international firms to Riyadh for a forum that is the brainchild of the 34-year-old Prince Mohammed. Already, the forum announced Dow Chemicals, HSBC, Samsung and other global firms as partners to the event. Major private equity firms and investment houses also are taking part.

The event is held in part at Riyadh’s Ritz-Carlton Hotel, which served as a detention facility during a 2017 purge targeting businessmen, princes and others. Described at the time as an anticorruption campaign, the arrests targeted wealthy potential challengers to the prince and cemented his grip on power amid allegations of torture denied by the kingdom. Authorities later said it saw the government recoup over $100 billion.

However, there will be big names not taking part. Among them is Jeff Bezos, the CEO of Amazon and the owner of  The Washington Post, who had been in negotiations to open data centers in the kingdom before the killing of Jamal Khashoggi at the Saudi Consulate in Istanbul, the Post reported on Oct. 29.

Khashoggi’s death cast a pall over last year’s forum, which saw Prince Mohammed give a fiery speech in which he described the killing as “a heinous act that is unjustifiable.” However, U.S. officials and a recent United Nations special rapporteur’s report suspect that Prince Mohammed had a role in the slaying as members of the team of assassins sent to kill Khashoggi had links to the prince.

“It inconceivable that an operation of this scale could be implemented without the crown prince being aware, at a minimum, that some sort of mission of a criminal nature, directed at Mr. Khashoggi, was being launched,” the U.N. report read.

As the forum started, panelists like Ray Dalio, the founder of the world’s largest hedge fund, Bridgewater Associates, offered stark warnings about the state of the global economy, rising inequality and “a conflict between capitalism and socialism.”

Kirill Dmitriev, the CEO of Russia Direct Investment Fund, offered a similar opinion, discussing the “weaponization of ideas,” and noting that if there is a major war, “nobody will care about monetary policy.”