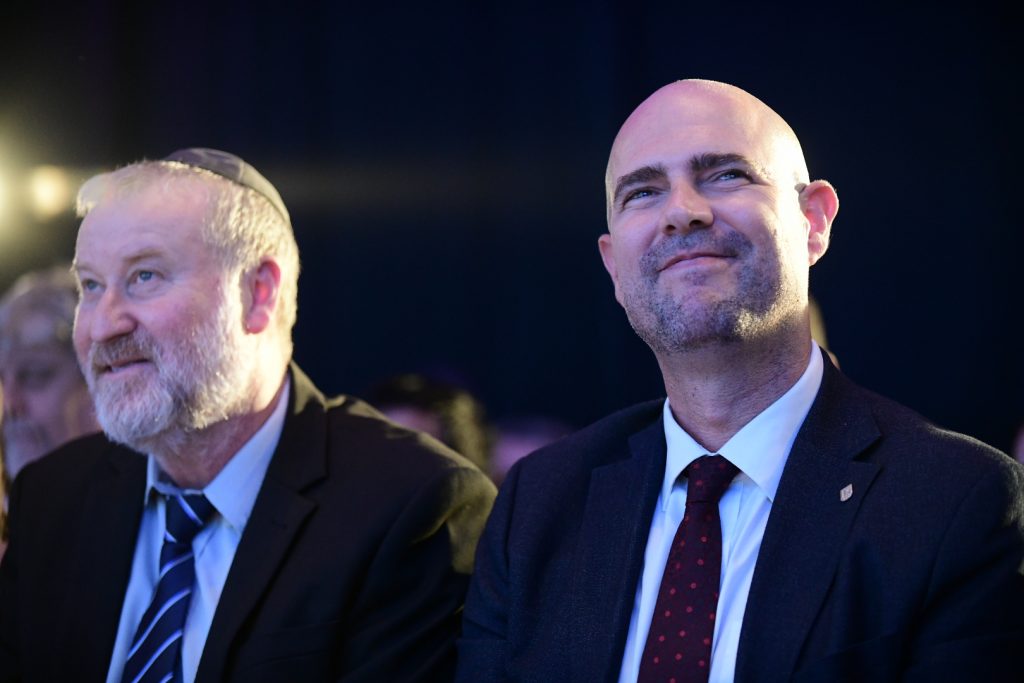 Justice Minister Amir Ohana accused state prosecutors of being politically motivated in their investigation of aides to Israeli Prime Minister Binyamin Netanyahu who are suspected of harassing a witness.

Ohana, a Netanyahu appointee, claimed in a press conference on Tuesday that there is a “prosecution within the prosecution,” which is out to destroy Likud officials, who have had their phones seized by police investigators.

In particular, Ohana contended that law enforcement officials and certain journalists collaborate to bring down public officials that have found disfavor in their eyes, such as Netanyahu and his aides and allies.

“Nobody dared reveal the dangerous symbiosis between investigators, the prosecutor’s office, and the media. Exoneration always came too late. To remove a justice minister who did not like the system, files were removed from the archive and details were leaked, so the marked politicians would remember that the sword was always over their heads,” Ohana said, according to Arutz Sheva.

He said he offered to conduct a polygraph test to find the leakers of the Prime Minister’s investigative materials, but was refused.

“Honored Attorney General, there were dozens and maybe hundreds of leaks here and every such offense carries a 3-year sentence; how can the prosecution say you can’t investigate?”, he wondered aloud.

Netanyahu lashed out at the police on Monday, saying they were engaging in “terror” tactics dangerous to democracy.

Attorney General Avichai Mandelblit and State Prosecutor Shai Nitzan retaliated in a rare joint statement, though mild compared to the tone of the criticism, saying: “The law enforcement system will not be dragged into politics. Nobody will keep us from doing out work faithfully. Nobody will make us veer from the straight and narrow.”

Blue and White MK Ofer Shelah derided Ohana as a tool of the prime minister, “who has mostly busied himself with attacking the institutions he oversees. … His term is a disgrace.”

Meanwhile on Tuesday, police investigators banned Netanyahu media consultants Yonatan Urich and Topaz Locke, who are two of four suspects in the probe, from speaking with him, Channel 13 reported.

Earlier in the day, State Attorney Avichai Mandelblit demanded answers from police investigators over their examination of personal data on devices belonging to top Likud officials, a report in Haaretz said.

The demand came after Yonatan Urich, one of the four, said that police had examined his device and looked at data that had nothing to do with the ostensible reason for his questioning. In a letter to Mandelblit, Urich’s attorney said that police had examined conversations between Urich and another detainee, Ofer Golan, a spokesperson for the Netanyahu family. Police did not inform his client that he had the right to refuse to submit his device for examination.

According to the letter, Urich observed the police officer who seized his device copy data off it, while examining conversations that were not related to his questioning. Urich said that he had seen the officer copy the data into a file called “final aspects of Case 4000,” indicating that the data was being used for another investigation that he was not being questioned for. Such data, the letter to Mandelblit said, was tainted, as it was acquired under false pretenses and without consent or a warrant.