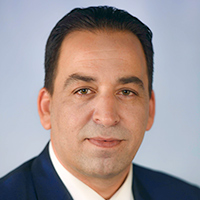 Israeli Prime Minister Binyamin Netanyahu‏‏ has ordered the establishment of a special committee to formulate a national policy to eradicate violence and crime in Arab society.

The committee is to be chaired by Prime Minister’s Office Acting Director General Ronen Peretz, who has been tasked with producing a plan within 90 days. Working with him will be the director generals of the relevant ministries and the National Security Council, and he will also hold a dialogue with Arab [local] authority chairmen.

In announcing the measure on Monday night, Netanyahu said: “We are holding this meeting in light of the severe problems that have developed in Arab society, within Arab communities, of crime and murders. This is causing great suffering there for the residents as well as major harm to the State of Israel. Therefore, we are meeting here in an effort to bring about change. While this effort has already begun, with the establishment – for the first time – of police stations in the Arab communities by the previous government, we want to try to expand this and embrace other areas so that we will be able to effect comprehensive change.”

The 2018 Personal Security Index released by the Abraham Initiatives in July found that 61% of all murder and manslaughter victims in Israel were Arab citizens, despite Arabs only constituting around 20% of Israeli citizens.

Additionally, more than one-third (36%) of Arab citizens of Israel have a sense of personal insecurity in the community where they live due to violence, compared to 13% of Jews, and 59% of Arab citizens are afraid of being victims of violent offenses.

In recent weeks, Arab politicians have led protests against alleged police inaction against crime in their communities, and have made major funding to address the problem a key demand in discussions about their possible support for a new government led by the Blue and White party.