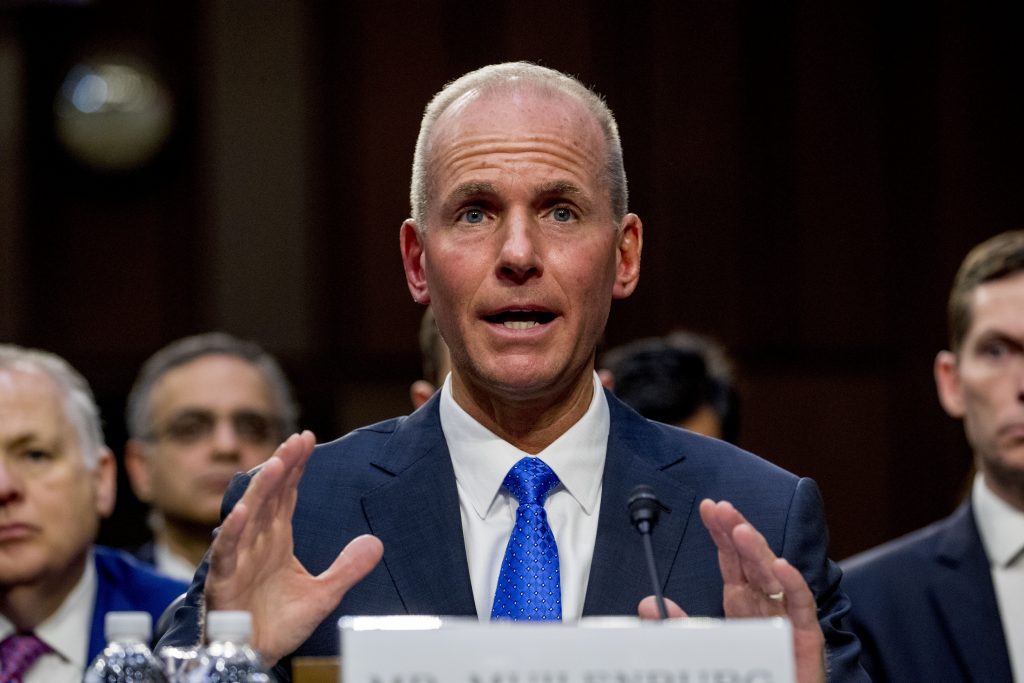 Boeing Chief Executive Dennis Muilenburg was pressed by U.S. lawmakers at a hearing on Tuesday over what the company knew about its MCAS stall-prevention system linked to two deadly crashes, and about delays in turning over internal 2016 messages that described erratic behavior of the software in a simulator.

Muilenburg acknowledged errors in failing to give pilots more information on MCAS before the crashes in Ethiopia and Indonesia, as well as for failing to tell the Federal Aviation Administration for months that it made an alarm alerting pilots to a mismatch of flight data optional on the 737 MAX.

“We’ve made mistakes and we got some things wrong. We’re improving and we’re learning,” he said.

The hearing, the highest-profile congressional scrutiny of commercial aviation safety in years, adds pressure on a newly rejigged Boeing senior management team fighting to repair trust with airline customers and passengers shaken by an eight-month safety ban on its 737 MAX following the crashes.

Muilenburg’s appearance marks the first time Boeing has appeared at a hearing on Capitol Hill in the year since the first fatal crash, as the company had previously resisted earlier requests to testify.

Asked ahead of the hearing if he would resign, Muilenburg said that was “not where my focus is.” He also declined to say if he or the board were considering his resignation after the plane returns to service.

For months, Boeing had largely failed to acknowledge blame, instead vowing to make a “safe plane safer.” Tuesday’s hearing represents Boeing’s broadest acceptance of responsibility that it made mistakes.

U.S. Senator Roger Wicker, chairman of the Senate Commerce Committee, questioned Muilenburg over the company’s delay in releasing internal messages. In those messages, a former test pilot described erratic behavior of a simulator version of the same software now linked to the deadly crashes, and also mentioned “Jedi-mind tricking” regulators over training requirements.

Wicker said those messages revealed a “disturbing level of casualness and flippancy.”

Muilenburg said he apologized to the FAA administrator for the delay in turning over the messages, and said additional documents would likely be provided over time.

“We will cooperate fully,” Muilenburg added.

In his opening remarks, Muilenburg walked the committee through software upgrades to limit the authority of the stall-prevention system, known as MCAS, that has been linked to both crashes, as well as changes to improve safety oversight and transparency inside the company.

Boeing on Tuesday ran full-page advertisements in major newspapers expressing condolences to the families and loved ones of those killed in the crashes.

“These two accidents occurred on my watch and I have a keen sense of responsibility,” Muilenburg, who was stripped of his title as Boeing chairman by the board earlier this month, told reporters.

Family members, holding photos of victims of the crash, were seated just three rows behind Muilenburg during his testimony.