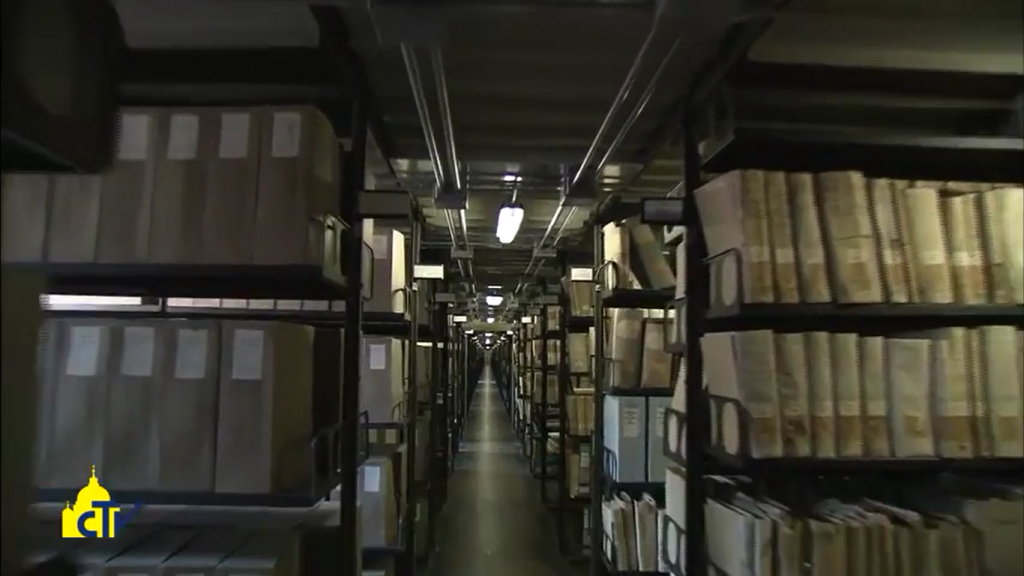 Pope Francis has renamed the priceless archives, which hold the original acts of the 1633 trial of astronomer Galileo by the Roman Inquisition which condemned him for heresy for teaching that the earth revolves around the sun.

The Vatican said on Monday the new name will be the Vatican Apostolic Archives.

This removes any potentially “negative nuances” from the Latin word “secretum” which the pope said in a decree was closer to “private” or “reserved” than “secret” when the archives first got their name around 1610.

The archives have long not been a secret anyway: like most state archives, they are open to qualified researchers after a period of time.

The collection of papers, documents and parchments that date back to the 700s make the archives one of the world’s most important research centers.

They contain 53 miles of shelves and an underground vault known as “The Bunker.” The archives are open for the period of the pontificate of Pope Pius XI, ending in 1939. Those from the pontificate of Pius XII (1939-1958) are due to be opened to scholars next March, which is keenly awaited by the Jewish community.

Many Jews say Pius did not do enough to help those facing persecution by Nazi Germany.

The Vatican maintains that Pius chose to work behind the scenes, concerned that public intervention would have worsened the situation for both Jews and Catholics in a wartime Europe dominated by Hitler.

When Francis announced the date of Pius XII opening last March, he said Pius’ legacy had been treated with “some prejudice and exaggeration.”