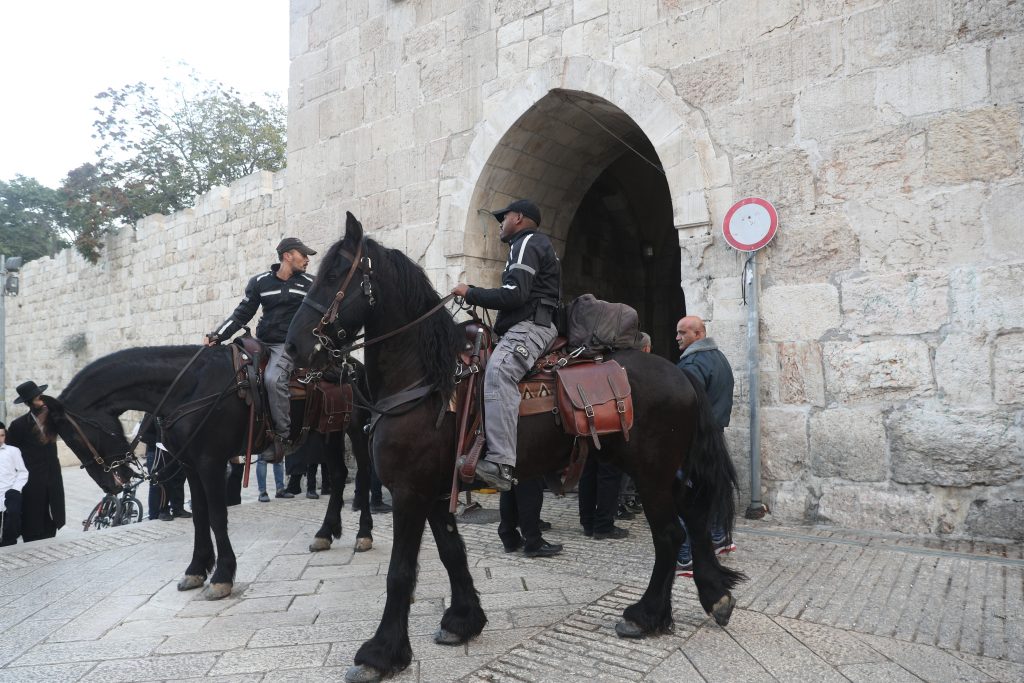 Israeli Border Police caught up with and arrested a would-be stabber at the Herod’s Gate in Yerushalayim’s Old City on Monday.

The knife-wielding terrorist, an Arab youth, had attempted to stab members of the Border Police, but b’chasdei shamayim, was unsuccessful. When he took flight, police chased him down in the Muslim Quarter near Lions Gate. There they opened fire and reportedly wounded the suspect in the hand. He managed to escape into a nearby home, where officers apprehended him, according to an official statement.

The name of the suspect was not immediately released.

A police spokesman said an order has gone out for “heightened security in [the] area” in the wake of the incident.