World OPINION: How the Kurds Helped in the Hunt for Baghdadi
World 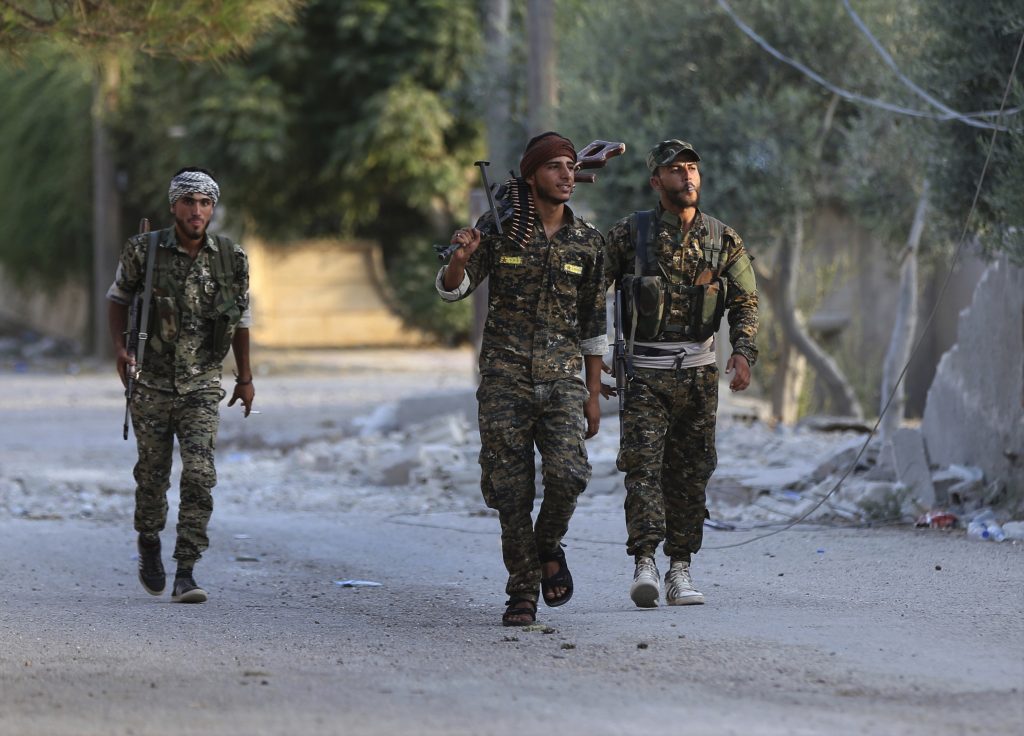 One could be forgiven for concluding that the widespread national security panic following President Donald Trump’s abrupt withdrawal of U.S. forces from northeastern Syria was overstated.

As that withdrawal was happening, we now know, U.S. special forces were homing in on the location of Abu Bakr al-Baghdadi, Islamic State’s leader and founder, in al Qaida-controlled territory near the Turkish border. Trump himself said the intelligence that led to his capture came together in those fateful weeks as Kurds and Turks briefly fought and dozens of Islamic State prisoners escaped.

What’s more remarkable is that as the Kurdish-led Syrian Democratic Forces concluded that they were being betrayed by Trump, they nonetheless continued to track al-Baghdadi and work closely with their U.S. counterparts in the operation that killed him.

Kurdish spies began to focus on al-Baghdadi’s location last spring, after the last Islamic State stronghold in Syria fell. “We began to investigate the presence of Baghdadi, where he was located, in March,” said Ilham Ahmed, the president of the Syrian Democratic Council, in an interview Sunday. “Our intelligence units were always following his movements. They were in a high-level coordination with American intelligence.”

Ahmed said the chaos of the initial Turkish invasion did not stop Kurdish spies in the anti-terrorism unit of the Syrian Democratic Forces from continuing to gather and analyze information gleaned about Baghdadi’s location. The New York Times reported that the initial tip about al-Baghdadi’s location came in the summer, following the arrest of one of his couriers and one of his wives.

Ahmed is now in Washington to make the case for repairing a partnership that frayed dramatically after the Turkish army invaded that region earlier this month. Despite Trump’s public comments that he sees no reason why U.S. forces should stand between Kurdish fighters and the Turkish army, Ahmed said she hopes Trump will use America’s vast political and economic leverage to deter Turkey from trying to resettle the 3 million Syrian Arab refugees in historically Kurdish areas.

For now, she said, the Syrian Kurds have received guarantees from Russia to protect some 2 million Kurdish civilians in the area from the Turkish army and allied Islamist militias. She finds this Russian assurance cold comfort. The Kurds would prefer U.S. protection, she said, but “this is our only option.”

Part of the new arrangement for Syria’s Kurds means they will have to rely on Syrian regime forces to provide protection. This is particularly dangerous in light of recent Syrian history. Syrian leader Bashar Assad’s father, Hafez Assad, launched campaigns to cleanse Syria of Kurds.

And while there has been a pause in the Turkish-Kurdish war in the last week, Ahmed is still deeply worried about the long-term prospects of the Kurdish people. She still wants the U.S. to play a role in the Syrian peace process, she said, and to defend Kurdish autonomy within Syria. “America promised us support for negotiations with the Syrian government,” she said. “They should keep that promise.”

The Syrian Kurds have kept their promise. They have continued to assist the U.S. war against Islamic State, even as they had to seek protection from Russia. The least the U.S. can do now is to use its remaining leverage to deter Turkey – and to advocate for an autonomous Kurdish region in Syria.